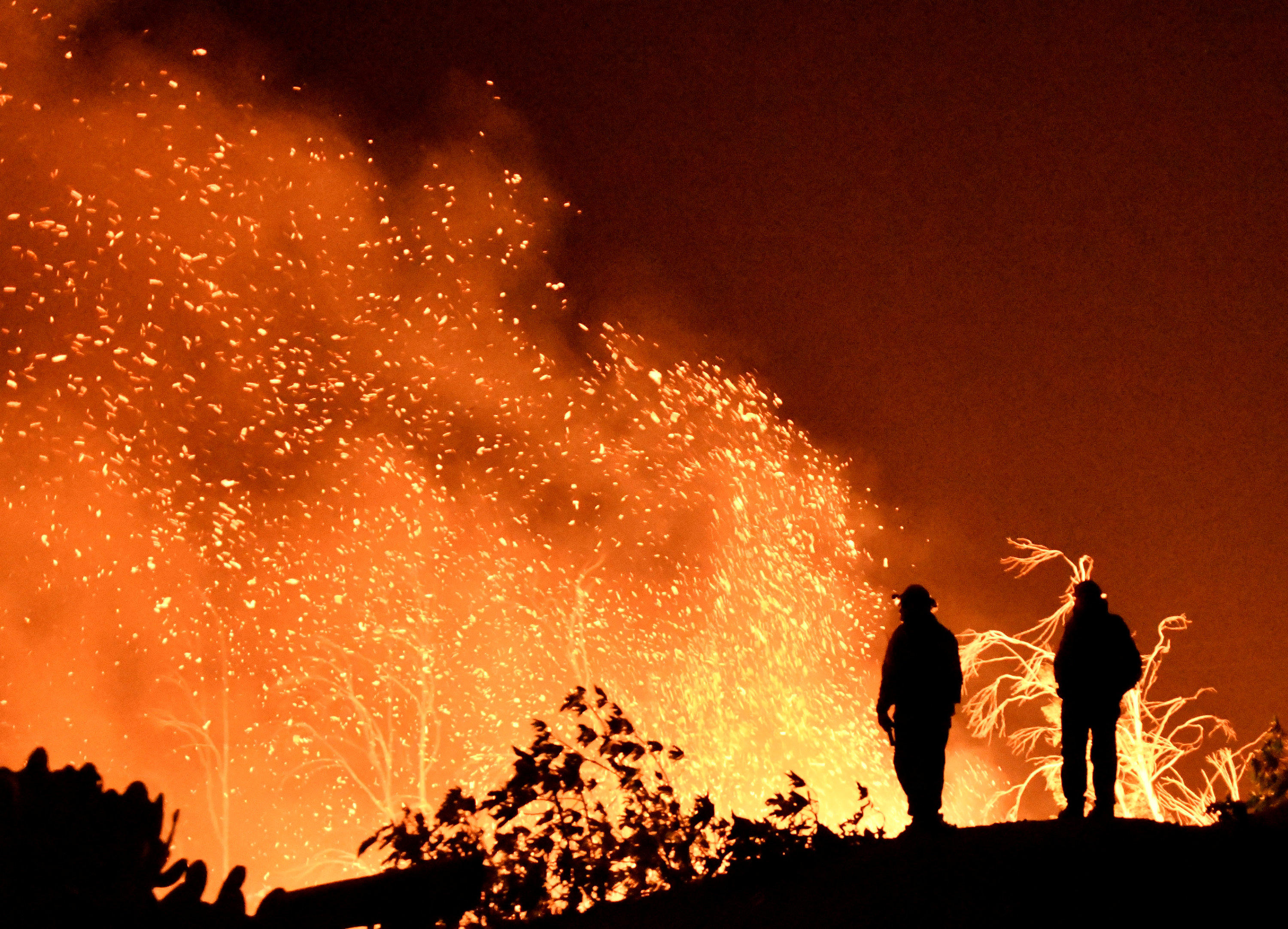 GOLETA, Calif. -- The largest wildfire in recorded California history is officially out nearly six months after it began. Los Padres National Forest officials declared the Thomas Fire extinguished Friday after no hotspots were detected within the perimeter for more than two months.

On Jan. 9, a downpour on fire-denuded mountains unleashed massive debris flows that ravage hundreds of homes in the community of Montecito, killing 21 people and leaving two missing. One family of five, including a newborn baby, was rescued following that mudslide from a rooftop.