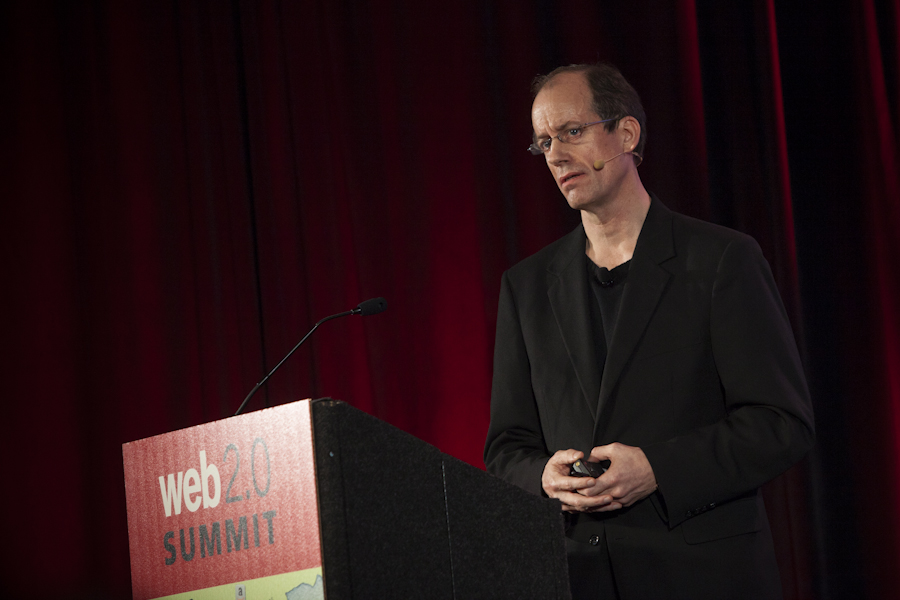 SAN FRANCISCO--In July 2011, Thomas Drake was sentenced to a year of probation on a misdemeanor charge for giving The Baltimore Sun information related to mismanagement of Trailblazer, a data-analysis project within the super-secret National Security Agency (NSA) that ended up costing more than $1 billion and was cancelled 2006.

He had been charged by the Department of Justice with felony espionage, which could have carried a life sentence. Drake, who worked at the NSA beginning in 2001, steadfastly denied that he gave up any classified information to the newspaper. Drake told "60 Minutes" that he was defending the Constitution. He allowed that he only "betrayed" NSA mismanagement, which wasted time and money in Trailblazer, effectively undermining national security.

At the Web 2.0 Summit, Drake gave a presentation called, "The 'Dark Side' of Data: The NSA ThinThread Tale," reprising his time as an NSA executive. He said the NSA is the "equal of a foreign nation electronically," and then contended that the U.S. is falling behind in making sense of the massive amounts of data flowing into NSA server farms.

He further indicted his former employer and the national security complex as a direct threat to freedom. "Data is very much who we are....having the power to collect and analyze data, especially on people, is seductively powerful, especially if done without permission and done in secret, which is the ultimate power," Drake said.

Drake claimed that the NSA and the Trailblazer project was the result of the military industrial complex wanting to make a lot of money, "selling out to big business" with inferior technology and "selling out the Constitution." He said that Trailblazer, which came of age after 9/11, was designed to bypass the Constitution in terms of protecting U.S. citizens right to privacy and adhering to the Foreign Intelligence Surveillance Act.

Drake said the technology implementation to prevent another 9/11 is still lacking at the NSA. He believes that another NSA project, Thin Thread, was a better bet than Trailblazer for large-scale data analysis to identify threats, and if implemented could have detected the 9/11 plot. "It's one of the great tragedies in the history of NSA what could've been."

Thin Thread was build in-house for $3 million in the 1990s, according to Drake. "The NSA wanted to go evolution, and it needed to go revolution," he said, describing Trailblazer as a "set of PowerPoint slides,"  while Thin Thread was the solution for data mining that would also protect privacy. For example, Thin Thread could identify U.S. phone numbers and encrypt them to allow for caller privacy.

Drake warned the audience of Internet elites at the summit, "Orwell's '1984' is real and now screamingly relevant."  The statement didn't elicit a response from the crowd. Many of them are trying to figure out how they can mine user data to increase their bottom lines, without crossing the blurry line over to the dark side.