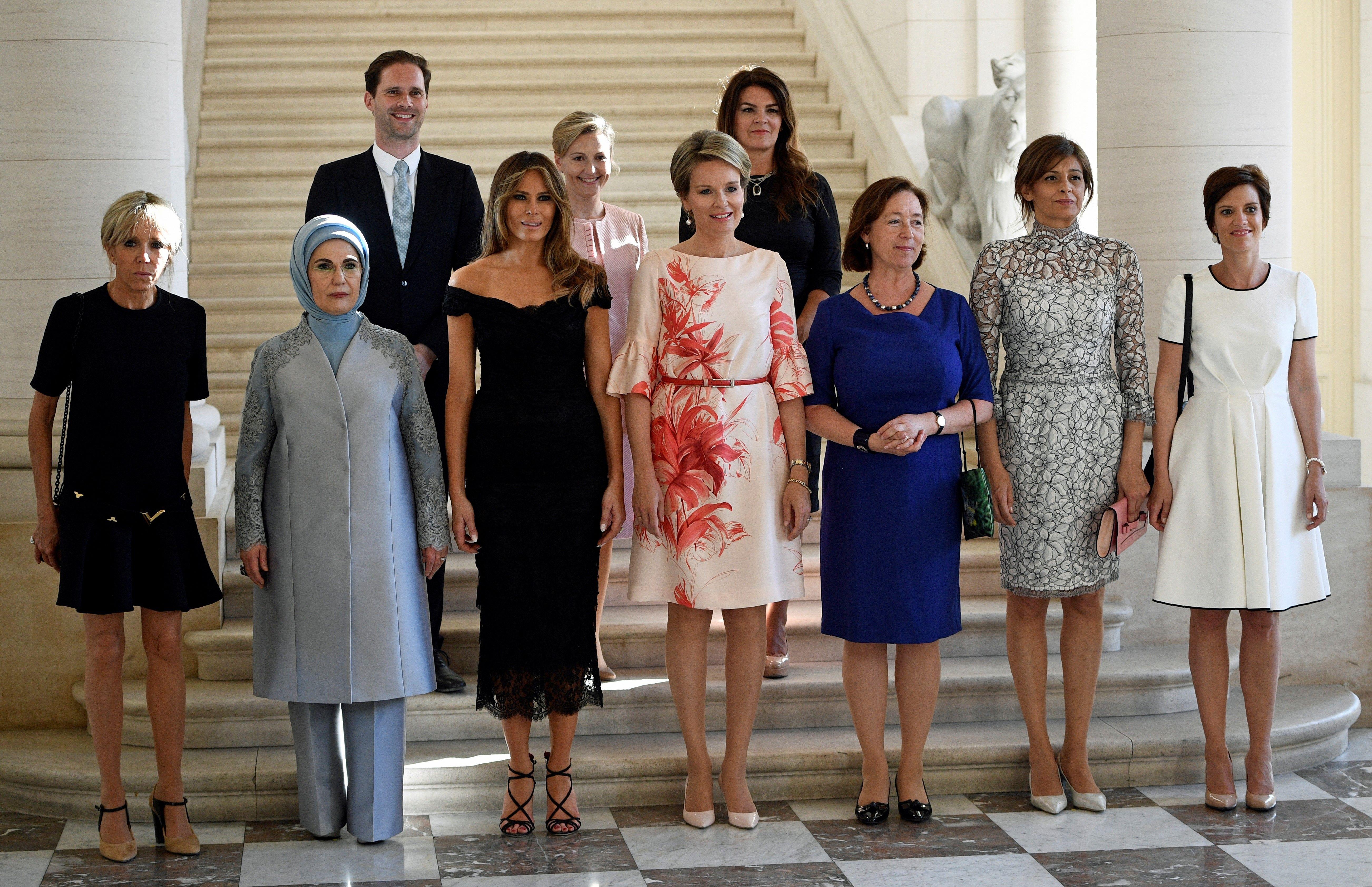 As President Trump met with world leaders at the NATO summit in Brussels on Thursday, first lady Melania Trump gathered with nine other political spouses for a "family photo" near the steps of the Royal Castle.

The internet, however, isn't talking about the front row.

Rather, the gaze of social media users across the globe went straight to the man in the photo's upper left corner. His name is Gauthier Destenay, he's an architect, and he's the First Gentleman of Luxembourg. He is also the husband of the world's only openly gay prime minister, Xavier Bettel.

When Bettel was elected Prime Minister of Luxembourg in 2013, he and Destenay were not yet wed. They were, however, openly in a civil partnership.

Helping to pave the way, in 2010, Iceland's prime minister, Jóhanna Sigurðardóttir, married her partner, novelist Jónína Leósdóttir. Belgium's former Prime Minister Elio Di Rupo was also open about his homosexuality, coming out in 1996 when a reporter asked him if he was gay and he responded, "Yes. So what?"

Gauthier Destenay is also not the inaugural First Gentleman to appear in a photo of NATO spouses. Joachim Sauer, husband of German Chancellor Angela Merkel, has appeared in similar photographs before. He simply was not present for this one.

So Destenay stands proudly as the lone male spouse in the photo -- a fact, which understandably, has the internet abuzz.