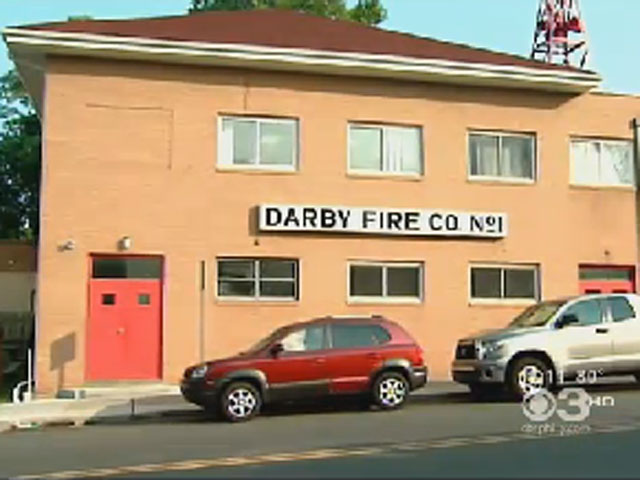 (CBS) DARBY, Pa. - A 64-year-old man who was driving a tow truck when he went into cardiac arrest and crashed was oh-so-fortunate that he came to a stop in front of Darby Fire Company 1 in suburban Philadelphia.

That was in May.

On Thursday, Bill Pitts got to meet the rescue workers who saved his life that fateful day.

"They brought me back to life. I was dead for seven or eight minutes. I tell you this: it's a lot better than being dead", Pitts told CBS Philly.

Pitts was driving a tow truck down Chester Pike when he lost consciousness and crashed right in front of the fire station.

"Mr. Pitts was in the right place at the right time," said EMS Mercy Health System Deputy Chief Gary Vinnacomb.  "The firehouse he crashed in front of, Darby firehouse, had a paramedic and an EMT on duty. They got to him right away," he told CBS Philly.

Just a few minutes later, Pitts was rushed to nearby Mercy Fitzgerald Hospital where he underwent quintuple bypass surgery.

Pitts shook hands and hugged everyone who helped him at Thursday's reunion.

"It's tremendous, just to be able to say thank you," said Pitts.

His wife of 44 years, Ann Marie Pitts, is looking forward to anniversary number 45 in September.

"When I wake up in the morning I think I'm not supposed to have this time and I do, and I feel so blessed," she said.

Pitts is now officially retired. He says he plans on spending a lot of his time with his three sons and four grandchildren.