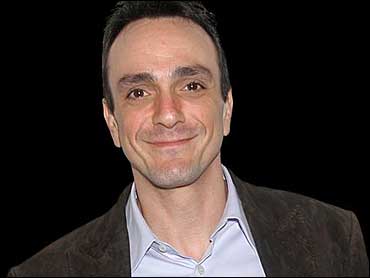 A monster and a mermaid would seem to have the new musical market cornered on Broadway this fall, but it is plays rather than musicals that surprisingly are dominating the first half of the season.

"The lineup of production for the fall season should quiet anyone who would categorize Broadway as having become a theme park of mass-appeal, tourist-driven shows," says Howard Sherman, executive director of the American Theatre Wing.

"Look for a heavier slate of musicals come the spring, but this fall, the play's the thing, contrary to all of the conventional wisdom about the viability of plays on Broadway," Sherman says.

Still, it's hard to ignore those two mammoth musicals, "Young Frankenstein" and "The Little Mermaid," adaptations of two well-known movie titles that are making their way to the stage.

The first is Mel Brooks' follow-up to "The Producers," one of the biggest Broadway successes of the last decade. Some of Brooks' collaborators on that megahit have joined his latest venture, including director-choreographer Susan Stroman, co-book writer Thomas Meehan and actor Roger Bart, who has traded the flamboyant Carmen Ghia of "The Producers" for the role of earnest, sensitive Dr. Frederick Frankenstein in the new musical. The show opens Nov. 8 at the Hilton Theatre.

Bart's co-stars include such theater and television veterans as Megan Mullally playing Elizabeth (the Madeline Kahn role in the film), Sutton Foster as Inga, Fred Applegate as Kemp, Christopher Fitzgerald as Igor and Shuler Hensley as the top-hat-and-tails monster.

Newcomer Sierra Boggess portrays the title character in "The Little Mermaid," Disney's latest venture in transforming its animated movies into theater. The film's score by Alan Menken and Howard Ashman has been augmented with 11 new numbers by Menken and Glen Slater.

Boggess is Ariel, the sea maiden who longs to live on land. Sean Palmer plays her Prince Charming and the scene-stealing Sherie Rene Scott appears as Ursula, the sea witch. Francesca Zambello, best known for her opera productions, directs the musical, which opens Dec. 6 at the Lunt-Fontanne Theatre.

That leaves two other musicals before the end of the year, one being a limited return engagement of "Dr. Seuss' How the Grinch Stole Christmas!" Last season, the show was a box-office bonanza, pulling down large grosses with 12 performances each week during the prime holiday period. This year, some weeks will have 15 performances.

The show about a green meanie (played by Patrick Page) who decides to abscond with Christmas opens Nov. 9 at the St. James Theatre for a run through Jan. 6.

Shakespeare with a Texas twang is the inspiration for "Lone Star Love," a musical loosely based on the Bard's "The Merry Wives of Windsor." Seen several years ago off-Broadway, this new version arrives Dec. 3 at the Belasco Theatre. The cast includes Randy Quaid as Col. John Falstaff as well as the Red Clay Ramblers, the esteemed musical group that plunks out the score.

The first new play of the season is "Mauritius," Theresa Rebeck's look at two half-sisters battling over their departed mother's rare stamp collection. Alison Pill and Katie Finneran portray the squabbling siblings with F. Murray Abraham, Dylan Baker and Bobby Cannavale as a trio of questionable characters, each vying to sell the philatelic treasure. The curtain rises Oct. 4 at the Biltmore Theatre for this Manhattan Theatre Club production, directed by Doug Hughes.

The play, which stars Rufus Sewell, Sinead Cusack and Brian Cox, takes place over several decades, from 1968 to 1990. It juxtaposes events in Czechoslovakia during the Soviet occupation with the lives and loves of three generations of an academic family in Cambridge, England. Look for it Nov. 4 at the Bernard B. Jacobs Theatre.

Before "The West Wing" and "Studio 60 on the Sunset Strip," Aaron Sorkin wrote "A Few Good Men," which was a Broadway hit in 1989 and later a 1992 movie starring Tom Cruise. Now Sorkin is returning to the Music Box Theatre, the same house where "A Few Good Men" played, with "The Farnsworth Invention," a drama about the birth of television. It opens Nov. 14.

The play deals with the battle between a young inventor, Philo T. Farnsworth, and David Sarnoff, head of the Radio Corporation of America. Hank Azaria will play Sarnoff and Jimmi Simpson his youthful competitor. Des McAnuff directs.

"The Seafarer" by Irish playwright Conor McPherson was a big hit last year for England's National Theatre. Now several members of its London cast, including Conleth Hill and Jim Norton, will be in the Broadway company when the play opens Nov. 15 at the Booth Theatre. Also in the cast are David Morse, Ciaran Hinds and Ritchie Coster.

"The Seafarer," which McPherson will also direct, concerns two brothers, played by Norton and Morse, and a couple of their buddies (Coster and Hill), whose boozy card game is interrupted by the arrival of a mysterious, vaguely satanic stranger (Hinds).

Tracy Letts is an actor, director and playwright. But it's as a playwright that he will make his Broadway debut. The drama is called "August: Osage County," and the production is coming largely intact from Chicago's Steppenwolf Theatre Company. The play, which got strong notices in Chicago, concerns a venomous mother and her dealings with three daughters. Look for it Nov. 20 at the Imperial Theatre.

Mark Twain wrote a lot of plays, most of them not very good, according to Shelley Fisher Fishkin, a Stanford University English professor and Twain scholar. It was Fishkin who rediscovered one of the better ones -- "Is He Dead?" -- in a file cabinet at the Bancroft Library at the University of California-Berkeley.

The play, in an adaptation by David Ives, will have its world premiere at the Lyceum Theatre on Nov. 29. The star is Norbert Leo Butz and the director Michael Blakemore. The plot concerns a group of starving artists who stage the death of their mentor in an effort to increase the value of his work.

"The 39 Steps" is one of Alfred Hitchcock's classiest movie thrillers, but who knew four actors playing over 150 roles could successfully transfer the 1935 film from screen to stage. Well, the adaptation, a comic homage by Patrick Barlow, was a big hit in London, and now its tale of a man who knows too much (hmmm, sounds like the title of another Hitchcock movie) arrives Jan. 10 at the Roundabout Theatre Company's American Airlines Theatre.

David Mamet hasn't had a new play on Broadway since "The Old Neighborhood" in 1997. A decade later, he's back with the world premiere of "November," a comedy about an American president named Charles Smith, played by Nathan Lane, a-dither in the days before a presidential election. Laurie Metcalf, late of television's "Roseanne," portrays Smith's aide. "November" faces the voters Jan. 17 at the Ethel Barrymore Theatre.

There will also be just as many revivals of plays as new works.

The parade starts with "The Ritz," Terrence McNally's 1975 farce about a refugee from mob vengeance who hides out in a gay bathhouse where he pretends to be a Broadway producer. The cast includes Kevin Chamberlin as the would-be producer, Rosie Perez as a bathhouse entertainer and Brooks Ashmanskas as a seasoned patron of the establishment. Joe Mantello directs the Roundabout Theatre Company production, arriving Oct. 11 at Studio 54.

From raunchy to refinement with "Pygmalion," George Bernard Shaw's tale of a professor who seeks to make a lady out of a Cockney flower girl. Jefferson Mays is the tutor, Henry Higgins, and Claire Danes, his pupil, Eliza Doolittle. The Roundabout Theatre Company production, directed by David Grindley, opens Oct. 18 at the American Airlines Theatre, for a run through limited engagement.

It's been 18 years since Chazz Palminteri brought the Bronx to life off-Broadway with his one-man show, "A Bronx Tale." Now more than a dozen residents of the borough are coming back to the stage in this production, directed by Jerry Zaks and opening Oct. 25 at the Walter Kerr Theatre.

The nose has it, and this time around, it's being played by Kevin Kline. One of the theater's most venerable romances comes back to Broadway with a revival of Edmond Rostand's "Cyrano de Bergerac," arriving Nov. 1 at the Richard Rodgers Theatre. Kline is Cyrano, Jennifer Garner his beloved Roxane and Daniel Sunjata, the handsome soldier who also loves her. David Leveaux directs this translation and adaptation by Anthony Burgess.

Directors love "Cymbeline," one of those lesser-known Shakespeare plays that seem to cry out for a concept. Its mixture of comedy, tragedy and fantasy make it prone to directorial flourishes.

This time around, the director is Mark Lamos and his cast includes Jonathan Cake, Michael Cerveris, John Cullum, Martha Plimpton and Phylicia Rashad. The curtain for the Lincoln Center Theater production at the Vivian Beaumont rises Dec. 2.

"The Homecoming" won Harold Pinter the best-play Tony in 1967 and has proven to be one of his more popular plays. Yet this tale of a strange, unnerving family reunion has always been more menacing than convivial. Among the actors appearing in this ominous get-together are Ian McShane, Raul Esparza, Michael McKean and Eve Best, who made a splash on Broadway last season in "A Moon for the Misbegotten." Daniel Sullivan directs for a Dec. 9 opening at the Cort Theatre.

Revivals of William Inge plays on Broadway have been rare. Now, his first hit, "Come Back, Little Sheba" (1950), is getting a reappraisal, courtesy of Manhattan Theatre Club. S. Epatha Merkerson, a veteran of TV's "Law & Order," stars as Lola, a blowzy, lonely housewife a role that won Shirley Booth a Tony and an Academy Award. Look for "Sheba" to follow "Mauritius" into the Biltmore, opening Jan. 24.

By then theatergoers should be ready for a break, resting up for the spring rush to the Tony Awards next June.

But for those who want to really plan, check out a theater poster in Shubert Alley, that pedestrian thoroughfare between 44th Street and 45th Street in the heart of the Times Square theater district.

Already up is an advertisement for "Billy Elliot," the big British musical by Elton John and Lee Hall and based on the film about a young boy who dreams of dancing. The poster proclaims the show's first New York performance: Sept. 17, 2008, at the Imperial Theatre.