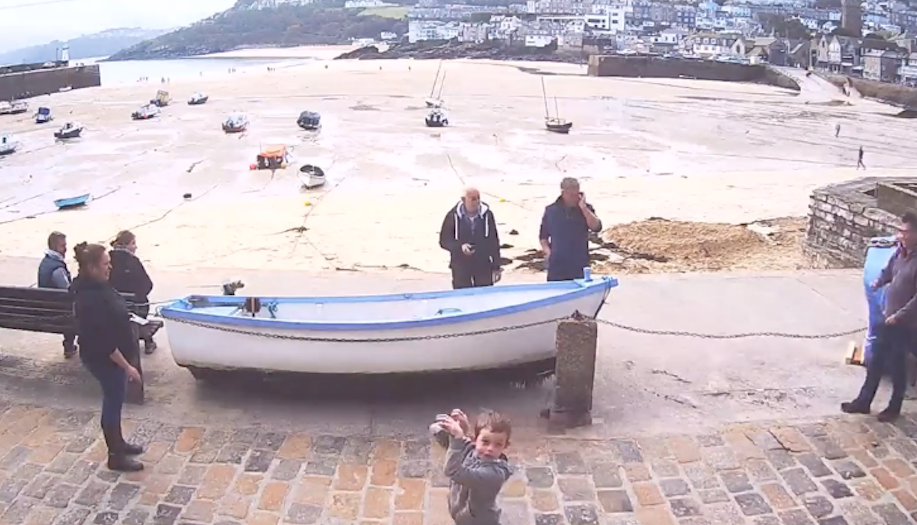 An 8-year-old boy is impressing the internet with his jaw-dropping dance moves after grooving to Michael Jackson’s “Thriller” on camera last week.

The young boy was taking part in a competition held by Aspects Holidays, a cottage leasing agency. The agency set up a webcam outside of their office in the British seaside town of St. Ives, asking participants to dance in front of a webcam; the best dancer was promised a prize.

Within a five-day span, the agency saw dozens of entries. But one in particular caught their eye.

William Ryan, an 8-year-old with autism, re-created the iconic “Thriller” dance as several people gathered around to watch.

“We noticed him doing it when we got into the office and we’re amazed by how good he was,” Doug Howard, marketing manager at Aspects Holidays, told CBS News.

They weren’t the only ones who were amazed.

The video of Ryan’s insane dance moves has already been viewed more than 103,000 times since it was posted on Thursday.

“The response has been incredible! It’s amazing to think something that started out as a bit of fun has been shared so far and wide,” Howard said.

The boy’s mother, Gemma Ryan, thanked the agency and the public for their kindness.

“Three years ago, when William was five he was diagnosed with autism. He struggled to communicate, struggled academically in school and continues to struggle to socialize and make friends, but about eighteen months ago his Dad introduced him (via YouTube) to the wonders of Michael Jackson and he watched his videos for hours on end and learned all his routines by heart,” Ryan said.

A day after Aspects Holidays posted the video, the agency gave William a package full of goodies.

But the praise for his dance moves is the only gift he really needs.

“He loves to dance and as I’ve been reading your comments to him it has blown his mind that so many people like him,” the boy’s mom said.