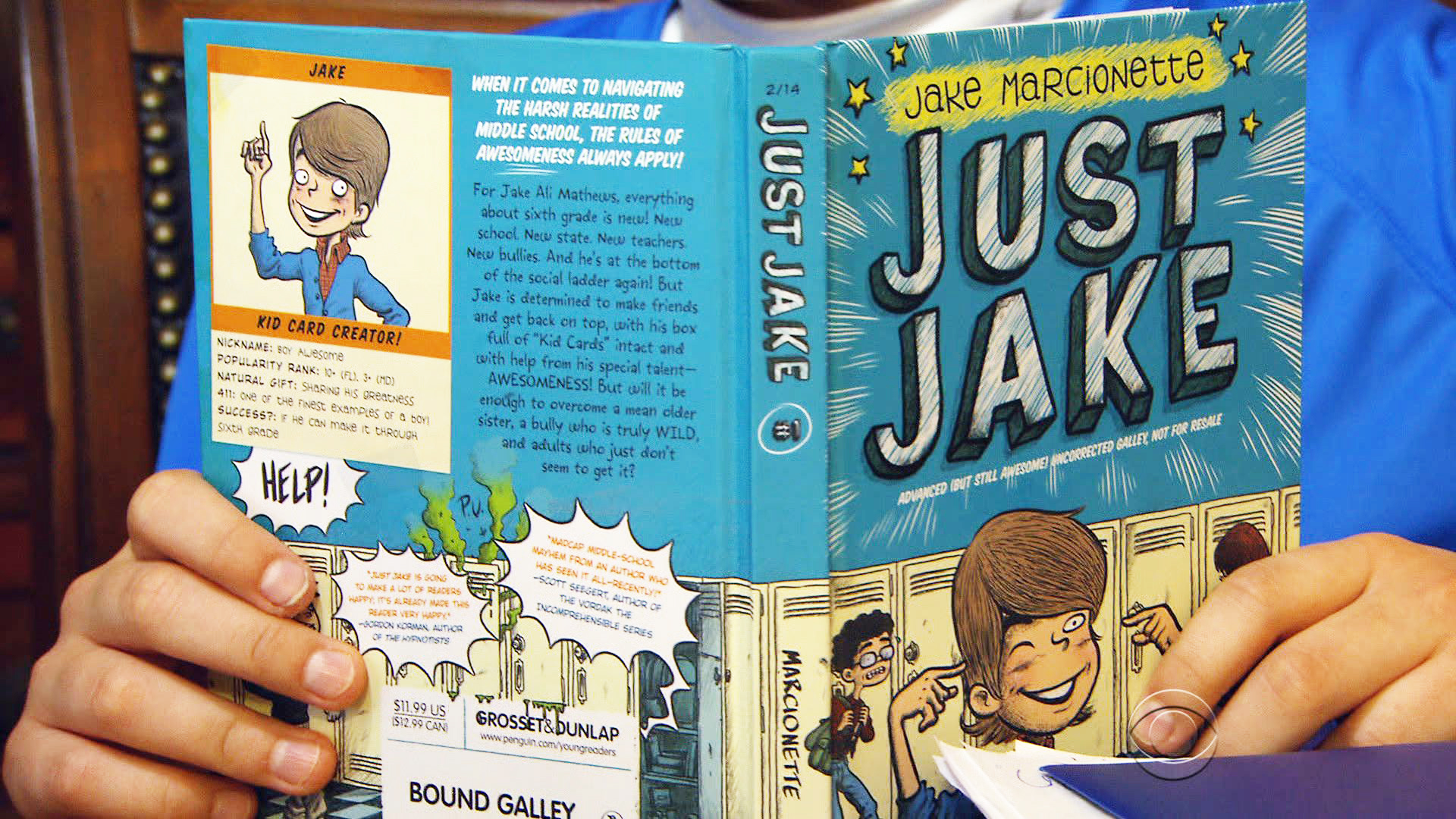 PONTE VEDRA, Fla. -- Jake Marcionette is like any basketball-loving 13-year-old in Ponte Vedra, Fla., taking his big shot. Except his isn’t on the court.

It’s on the shelves -- Jake’s book goes on sale tomorrow.

“I love writing, so if there's any free time, I'd rather write," he says.


“Just Jake” is a humorous take on middle school life, culled from his own challenges as the new kid in town trying not to be bullied.

He’s not to first author this young to publish, although he may be the first to do it this way.

“Just typed in on Google, ‘how to get a book published,’” Jake says. “And it said, ‘First you should get a literary agent.’”

Twelve years old at the time, he started cold calling them.

“One time, there was this lady in San Francisco, and I called her up, and she just went on a rant, in a way, how she's been getting calls, that this isn't the way to do it,” Jake recalls.

Like a lot of kids, Jake didn’t listen so well to the rules. The next call was to Dan Lazar, who works for one of the top literary agencies in the world.

“My assistant walks in and she said there’s a kid on the phone,” Lazar says. “I said, ‘OK, tell him to email me.’”

Ten minutes later, a sample was sitting in Lazar’s inbox.

“I wrote back to him right away, and I said I finished, I read it, it’s great, can I give you a call,” Lazar says. “He wrote back and goes, ‘Yes, sure, call me after lacrosse.’”

Which led to a conversation that night most kids don’t have with their moms.

“I told her from my room,” Jake says. “I just kind of shouted out, ‘Hey, Mom! Can you come here? I have a contract here for you to look at!’”

“I said, ‘What do you mean there’s a contract?’” Jake’s mom, Debra says. “He goes, ‘Yeah, somebody’s interested in the book.’ We were just freaking out.”

A month later, Jake had a  book deal. His agent won’t say for how much -- only that it’s thousands of times more than his allowance.

Jake developed his idea during summer vacations when his mom Debra requires an hour and a half of writing each day.

“I was probably writing more for the kids my age who might read it,” Jake says. “Just for -- to have them know that they’re not the only ones going through this. And, you know, it stinks, but it’s going to get better.”

It definitely got better for this author, who’s already at work on his sequel. No surprise to anyone who knows him, because that’s just Jake.