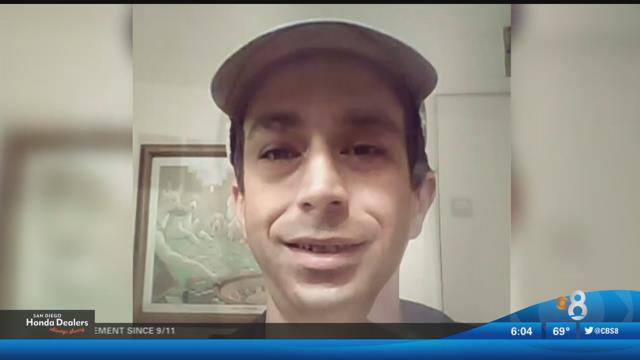 SAN DIEGO -- A man injured during a series of attacks on homeless men in San Diego died at a hospital Sunday -- bringing the death toll to three, police said.

Dionicio Derek Vahidy, 23, died four days after he became the fourth and final victim in the attacks, police said. Vahidy had been in grave condition since Wednesday and had not been expected to survive.

Vahidy was from San Diego and was homeless, police said. He was attacked at an apartment complex downtown, police said. A witness pulled away a burning cloth that the attacker put on him before fleeing.

In the days before the attack on Vahidy, two other men were killed and a third was severely injured. Three victims were sleeping alone, and two were set on fire.

On Thursday, Anthony Padgett, 36, was arrested on suspicion of murder, attempted murder and arson in the attacks.

He has not yet appeared in court, and it's not clear whether he has hired an attorney. Attempts by The Associated Press to reach family members have been unsuccessful.

Padgett was arrested about a block from a trolley station in Chula Vista, the San Diego suburb where he was born.

The violence began July 3, when police found the badly burned remains of Angelo De Nardo between Interstate 5 and train tracks. The 53-year-old died before his body was set on fire.

Then on Wednesday came the attack on Vahidy.

Padgett committed a nearly identical crime six years ago, admitting to setting a man on fire and leaving him badly burned in a supermarket parking lot in the San Diego suburb of National City.

CBS News 8 in San Diego reported that Padgett was convicted of mayhem and sentenced to four years in prison for a 2010 attack on his 49-year-old homeless friend.

He said in a note to a judge at the time that he was drunk and high on drugs when he did it and had only meant to scare the victim, who he knew.

In the note, Padgett also called himself a "homeless citizen," asks Jesus to forgive his sins and expresses remorse for the victim, saying, "I'll never be so stupid again."