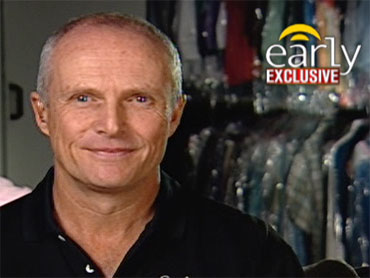 David Reddish said on "The Early Show" he isn't quite sure why cars keep crashing through the front of his dry cleaning business -- but he has a theory.

The third car in three years crashed through Reddish's business on Saturday. The Phoenix dry cleaner said people could possibly feel they have to accelerate to make it into the slightly inclined parking spaces outside of his store. However, he said each driver that has plowed through his shop has claimed that their foot has slipped on the brakes and onto the accelerator.

Reddish said he's thankful no one has been hurt in any of the collisions.

As for the recent crash, Reddish said the shock of this type of accident has worn off since the first time. However, Reddish still reacted when he heard a noise which he said sounded like a "bomb going off." Reddish can be seen in the surveillance video holding his head in his hands.

What was he thinking at that moment?

Reddish said on the broadcast he thought, "'Oh no, not again."

For more with Reddish, click on the video below.