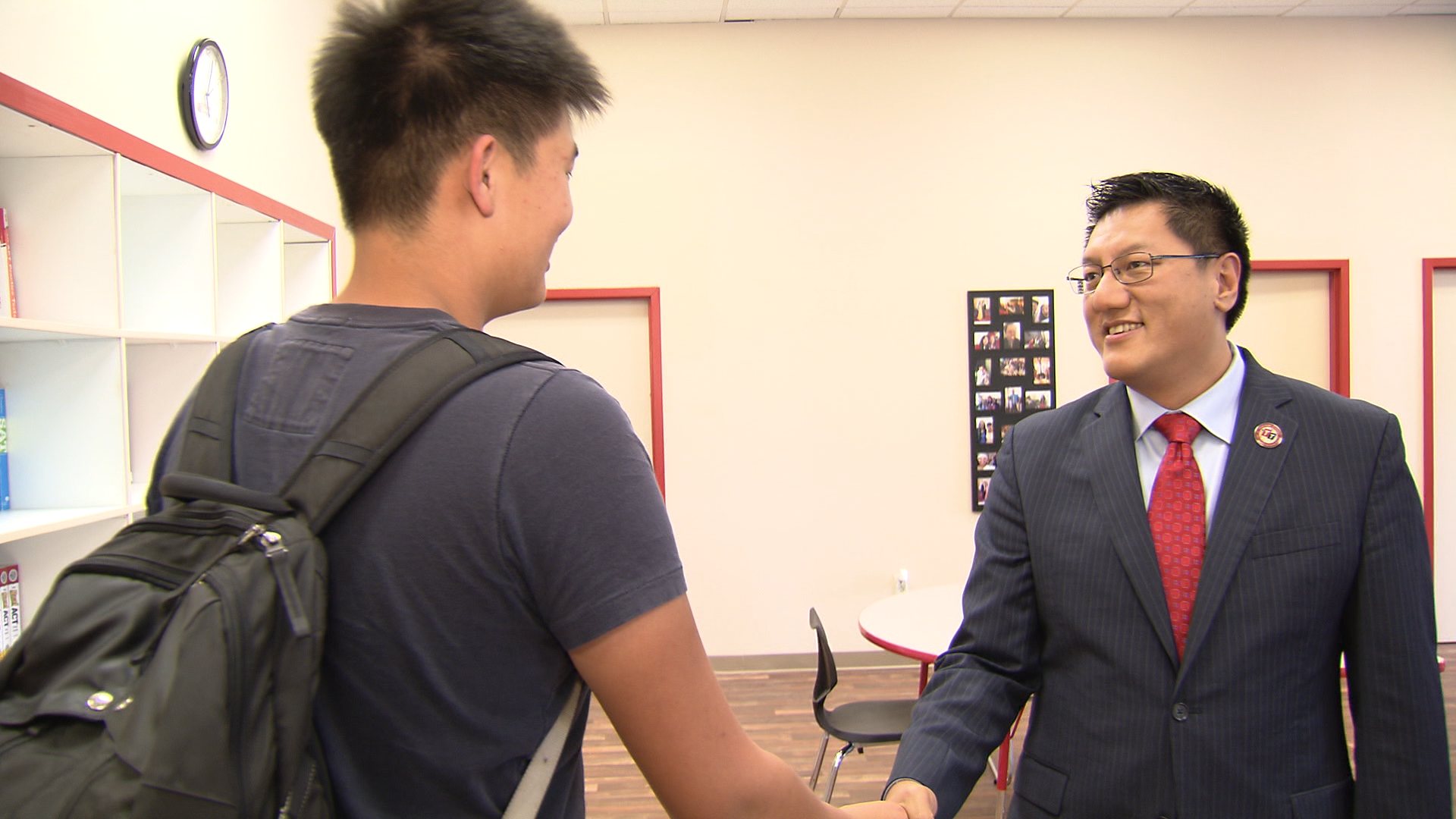 The students who spend hours after school and over the weekends at Think Tank Learning centers in the San Francisco area are looking for an edge that will get them admitted to the nation's most competitive colleges, reports CBS News correspondent John Blackstone.

The company's CEO Steven Ma thinks he's cracked the code of college admissions. Seven Ma, a math whiz and former hedge fund analyst, created his own secret algorithm to predict the odds of a student's admission to top-ranked schools.

Ma compares what he does to the film "Moneyball," where statistics are used to field a winning team.

"So 'Moneyball' is the first time someone used a mathematical model to study what otherwise would be perceived as a highly subjective, humanistic judgment," he said.

His secret algorithm weighs variables in both academic performance and extracurricular activities that can change from year to year.

If the students at Think Tank Learning follow Ma's advice, he said there's a 93 percent chance they'll get into the school of their choice.

He said that even though college admissions officers themselves find the process mystifying, he has demystified it.

Ma is so confident that he offers a money back guarantee. That's what led Victor Chen to the company, even though he seemed like the ideal college applicant. He scored a 2360 on his SAT's, he had straight A's, but his parents were still worried he wouldn't get into the college they wanted him to get into.

Chen's parents, immigrants from China, paid about $10,000 to try and guarantee he would be admitted to the University of California Berkeley. Ma's calculations showed that, to be certain of getting into Berkeley, Chen needed a significant internship to fill out his resume.

Chen was admitted. He graduated in 2012 and is now working in San Francisco in finance. But Think Tank Learning's guarantee worries Denise Pope, a Stanford educator and co-founder of Challenge Success, an organization that works to make the college admissions process less stressful.

Ma said most of his clients are Asian because of the demographics of the San Francisco area.

"Very, very contrary to the statement that we capitalize on the commodification of fear," he said, "I sincerely believe we do the opposite. We give hope to people."

The lower the odds of admission, the more Ma charges. He said one family put up $600,000 so he would work with their son who was failing and about to be expelled from high school. With Ma's mentoring, he now attends Syracuse University.

"We turned an otherwise unsuccessful kid, failing, into now someone who's very successful on a path to more success," Ma said.

It's a path some 12,000 students are trying to follow in Think Tank Learning's 12 San Francisco area facilities.

"I was very stressed out," she said. "I didn't know what we needed to do, how it was being done, and I think competitively, every student out there has a counselor."

She believes the guidance her kids get at Think Tank Learning has set them on the right path.

"I'd love my daughter to get in Ivy leagues, what parent wouldn't want, right?" she said.

Ma is looking to expand to other cities both in the U.S.and China, figuring that with so many families worried about college admissions, the odds of success are in his favor.