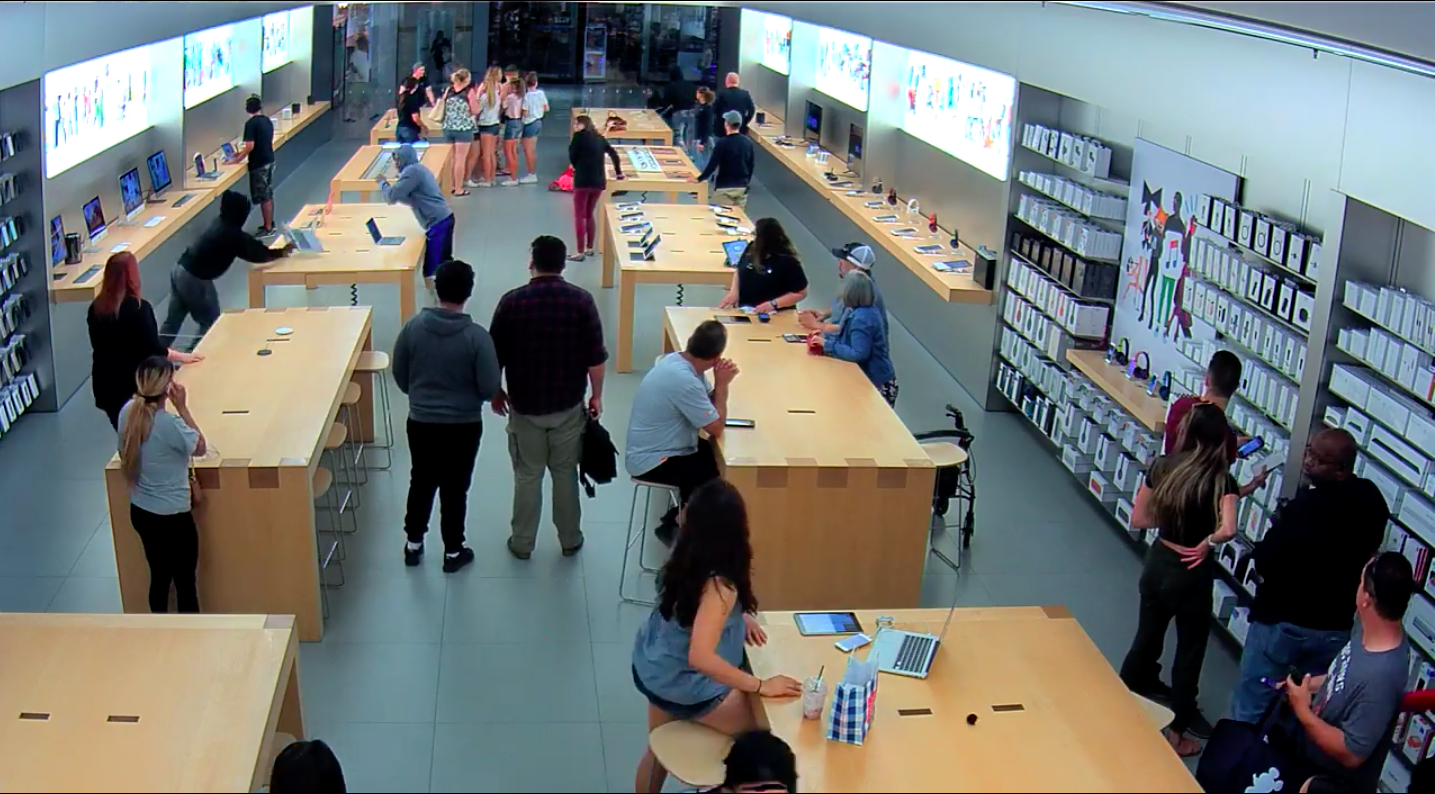 A group of men only needed a few seconds to make off with more than $27,000 worth of computers and phones from an Apple Store. Newly released surveillance video shows the brazen heist in Fresno, California.

The Fresno Police Department is searching for four men who entered the store at 11:30 a.m. on Saturday and swiped items off display tables. Police initially got a report that the incident was an armed robbery, but later determined no weapons were used, the Fresno Bee reports.

The surveillance video shows the men, wearing blue and black hooded sweatshirts, walk up to the tables and start frantically grabbing the electronics as stunned customers and employees look on. It took less than 30 seconds for the suspects to make off with the small fortune.

"All the witnesses were very clear that all the suspects were very aggressive, and it was a sort of takeover style theft," Fresno Police Lt. Rob Beckwith told CBS affiliate KGPE.

Police described the suspects only as four black men and are offering a cash reward for any information that leads to an arrest.