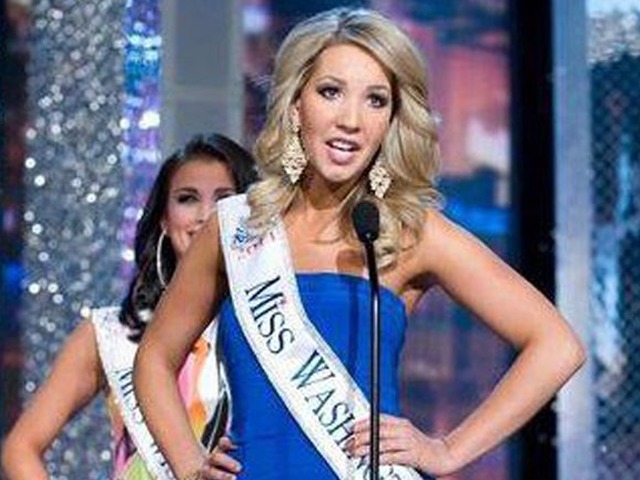 Henry was preparing for an appearance early Tuesday morning and had packed her crown, sashes, purse and several gowns in her car. When she left her house, she saw that the car had been stolen.

The vehicle was recovered several hours later, thanks to its GPS system, but her belongings were gone.

"I am devastated that priceless items were taken, including my Miss Washington crown and sash(es), all of the autographs from my Miss America sisters, several gowns, several pairs of shoes, and my purse, checkbook, and debit/credit cards. I would be extremely grateful if you could help me by keeping your eyes open for any of these items to appear on Craigslist or eBay - particularly my crown and sash, which are obviously one of a kind (they say Miss Washington 2011 on them)," Henry said on the Miss Washington Scholarship Organization's Facebook page.

Henry also said that her stolen credit and debit cards have been used in stores in several Washington cities.

Henry told Linda Thomas, co-host of Seattle's Morning News, that she is distressed by the theft.

"It's scary because it was stolen out of my driveway. So whoever did this knows who I am and has all of my personal information," she said.

According to Thomas, the sash and crown will cost at least $500 to replace, although Henry calls them "priceless."