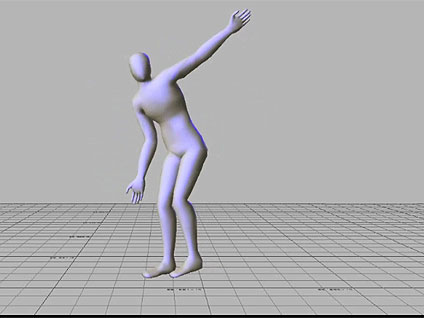 (CBS) It's no secret that guys who can really get down on the dance floor often have a leg up with the ladies. And now research by psychologists at Northumbria University in England reveals which dance moves, in particular, make men sexy to women.

Turns out women go for guys whose dance movements include large and varied movements of the neck and trunk, according to a study that appears in the September 8 issue of the journal "Biology Letters."

Women are also turned on by guys who make rapid movements of the right knee, the study found.

"It's a bit of an odd finding," one of the psychologists, Nick Neave, told MSNBC. But four out of five people are right-footed, so most people "are putting their weight on their left leg and using that leg as an anchor while the right can do more fancy things," he said.

The researchers filmed 19 male volunteers, all between the ages of 18 and 35, as they bopped to German dance music. Each man was fitted with 38 small reflectors, which showed his movements in three dimensions as he performed his best moves.

The moves were captured and mapped onto featureless avatars, which were then viewed by 35 heterosexual women. By having the women view brief clips of the avatars rather than the men themselves, the researchers were able to make sure women evaluated the dancers solely on the basis of their dance moves and not on how handsome they were.

"We now know which area of the body females are looking at when they are making a judgment about male dance attractiveness," Neave said in a written statement. "If a man knows what the key moves are, he can get some training and improve his chances of attracting a female through his dance style."

Want to get your boogy on? Here's a video of the moves.