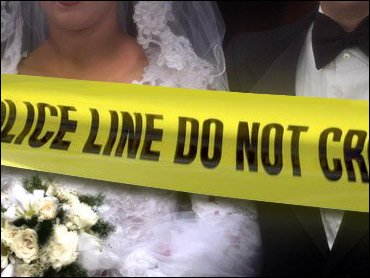 (CBS/AP) NEW CASTLE, Pa. - As a general rule, when someone gets married they're able to correctly identify their spouse.

Then there's the case of a western Pennsylvania man, jailed on charges that he's been harassing and stalking a woman he thinks he married . He also believes he's the father of her children.

Police say Robert Allen Young is wrong on both counts.

The Beaver County Times reports state police have charged Young, 45, of New Brighton, with felony stalking and other crimes for contact he's allegedly had with the woman and her real husband since 2010.

Police say that last week Young left cards and gifts on the couple's porch for the woman he claims is his wife, and for their imaginary children.

The woman's real husband tells police he was once friends with the suspect, Young, but that Young was never married to the woman...nor does he have children with her.

Young was being held in the Lawrence County Jail.