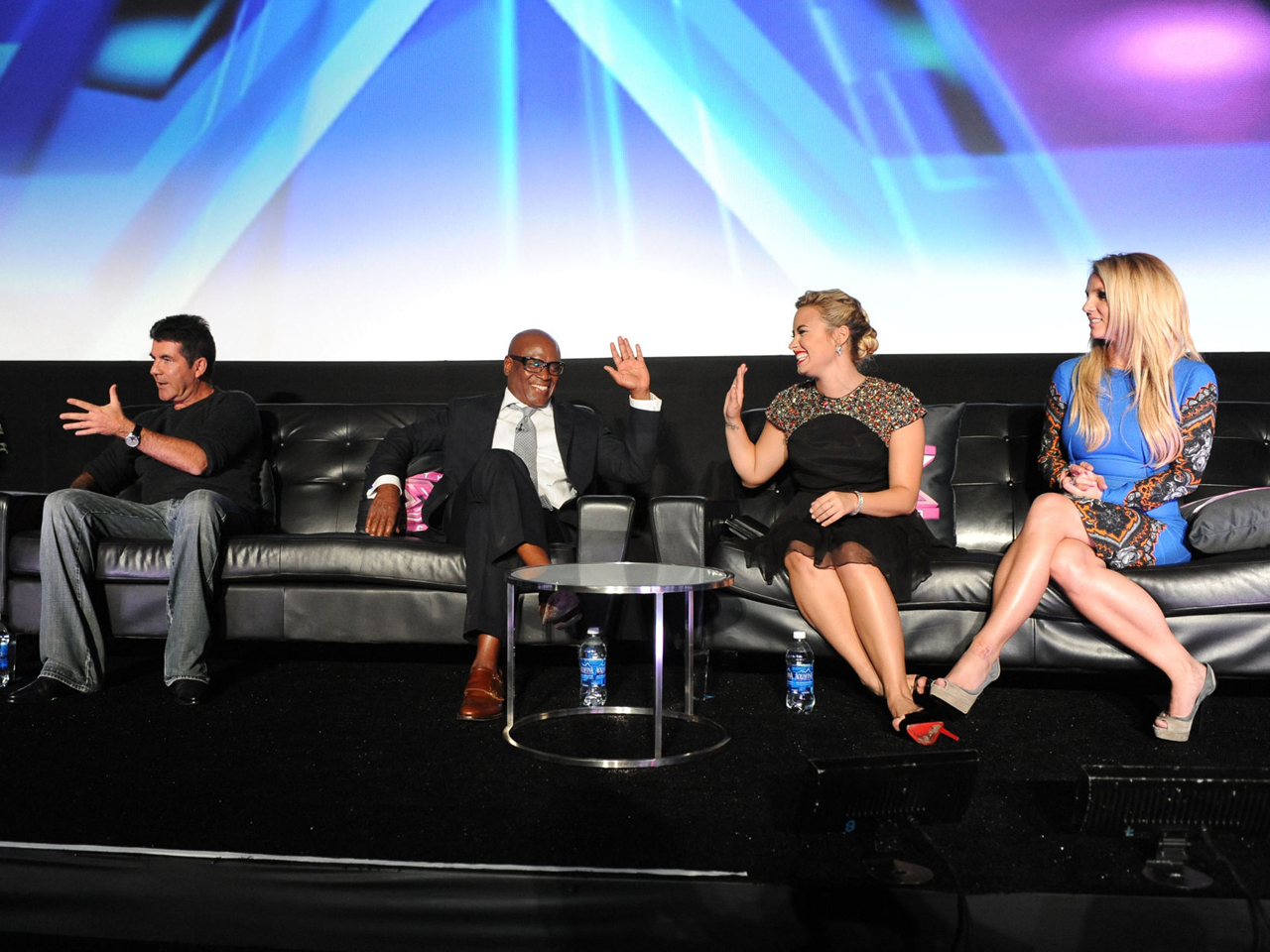 (CBS/AP) When season two of "The X Factor" debuts tonight, it will look a lot different. The two-hour taped premiere will feature new faces Britney Spears and Demi Lovato on the judging panel, for one.

That we know for sure.

But one aspect that's still undecided is who will take on the hosting duties vacated by Steve Jones.

The series has already shot several episodes, but once live shows begin later this fall, a new host should  be in place. TMZ reports that "X Factor" mastermind Simon Cowell has Khole Kardashian in mind for the job. A source said she had a great audition and is currently leading a pack of host hopefuls. Insiders think an announcement could be made within a week.

But Fox's show isn't the only game in town. NBC expanded this week's return of "The Voice'' to three days, with an episode airing tonight against the two-hour season debut of "The X Factor.''

If numbers are any indication, "The X Factor" may snag some decent ratings on Wednesday as "The Voice" numbers are down. According to The Hollywood Reporter, Monday's "Voice" ratings were down 39 percent from last spring's debut. Still,  the NBC show's  numbers weren't too shabby; it was Monday's biggest winner, raking in 12 million viewers.

Time will tell whether "The Voice" has what it takes to stand up to "The X Factor" premiere, as the shows go head-to-head tonight.

As for "The X Factor," some speculate that the main draw could be Spears. She joins a panel that already includes Cowell and L.A. Reid. This evening marks the first of a two-night premiere.

The 30-year-old singer is in control on the talent competition show, while Lovato, 20, showed poise, warmth and a sense of stagecraft in the season premiere, which was screened for TV insiders earlier this week.

The audience cheered Spears, Simon Cowell deferred to her and the pop star herself is crisp, if not a wit, in her contestant verdicts.

We get the pop princess who knows how to hold the spotlight, not the young woman who has struggled in her personal life, in the taped premiere of "The X Factor.'' Live episodes start airing in November.

In the episode screened Tuesday night at Grauman's Chinese Theater, Spears frets that it will be difficult to ``sit there and be opinionated.''

"I want to know who let you onstage,'' she says to a contestant who insulted Demi Lovato, the other freshman joining Simon Cowell and Antonio ``L.A.'' Reid as a judge.

"I felt I was listening to Alvin and the Chipmunks,'' she tells one singer. "You're flawless," she says to another.

Her "X Factor'' style: sleek, form-fitting dresses and an impressive array of frowns and surprised smiles.

Cowell, the show's creator, executive producer and the Scrooge of compliments, practically beamed as he tended to give Spears the last word on contestants which often is ``no,'' at least as this episode has it.

"You're very good at this,'' he tells Spears at one point. "Everyone says I'm the mean one,'' he adds later.

There are more changes to "X Factor'' than the addition of Spears and Lovato, who replaced season one's  Paula Abdul and Nicole Scherzinger after the show fell short of Cowell's high-flying ratings predictions.

The revamped "X Factor'' retains the pro forma mix of oddballs and genuinely talented singers, but it's less grandiose. One example: The addition of a reality TV-style backstage glance at contestant rivalries, but with a light touch.