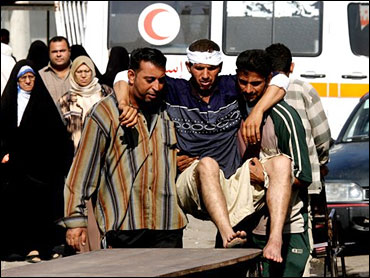 A spokeswoman for the Department of Correction confirmed Saturday that prison officials placed Frankel at Northern, the state's highest security prison.

As CBS News Correspondent Lee Cowan reports, Frankel's extradition ends a worldwide manhunt that led federal investigators from Connecticut to Italy and finally to Germany, where he was nabbed in a Hamburg hotel, surrounded by fake passports, diamonds, and thousands of dollars in cash.

The manhunt for him began in May, 1999, when firefighters responding to an automatic alarm found a blazing filing cabinet and two fireplaces stuffed with burning documents in Frankel's Greenwich, Conn., mansion.

Among the discoveries, investigators say: A to-do list (item No. 1: "launder money"), and astrological charts designed to answer such pressing questions as "Will I go to prison?" Frankel was nowhere to be found.

He has spent the last 18 months in jail in Hamburg. In a failed escape attempt Tuesday evening, Frankel was caught trying to saw through his cell window bars with a small wire with the help of a fellow inmate.

German authorities agreed in December to extradite him after he was eligible for parole as soon as he had served half his three-year sentence there on charges for using fake passports and tax evasion.

Insurance regulators in Arkansas, Mississippi, Missouri, Oklahoma and Tennessee are seeking more than $600 million in damages against Frankel, who is accused of bilking insurance companies out of $200 million. At least three associates have pleaded guilty to charges relating to his alleged money laundering.

During the international manhunt, Frankel is also known to have stayed in Rome with his female business manager. He spent most his time in a small apartment, keeping away from tourist sites and amusing himself by watching rented videotapes.

His next known stop was Hamburg, where he was accompanied by another woman when he checked into the stately Hotel Prem under an alias. He reportedly paid cash in advance for a two-month stay.

FBI investigators chased trails around the world until finally getting a tip that placed Frankel in Hamburg, where he was arrested in his hotel room by German federal police.

Frankel has said he wanted to stay in Germany, but his appeal on the German charges failed. He has tried to paint his case as an issue of human rights, appealing to Europeans' opposition to the death penalty — saying the potential life sentence he faces in the United States amounts to a death sentence.

"Obviously, I'd rather stay in Germany," Frankel said during a court hearing last summer. n the only media interview he's given since his arrest, Frankel said he wanted to make money to help the problem of world hunger.

Investigators say Frankel is the most uncommon of cons — an unlicensed securities broker and high school dropout who figured out how to swindle so much money, for so long that it may go down in history as the greatest scam of all.

"When you take the volume of money, the duration of the fraud, and you take a look at the individual, I don't think we've ever seen a case like this in the past, and I'm not sure how many more in the future we're going to see like this," said Robert Strang, a former federal investigator.

Frankel's genius wasn't how to manage investments, but his ability to convince people he could.

"I can't blame them: he was very good at all he did," said Maurice Nessen, a former federal prosecutor.

Jury selection in Frankel's trial is tentatively set for April 4.