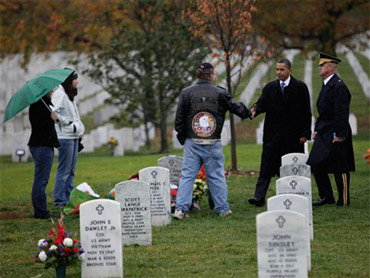 From the discovery of stem cells inside a baby tooth to 400,000-year-old DNA, 2003 was a year of remarkable medical breakthroughs.

In this New Year's Day HealthWatch, The Early Show with the help of Mark Jannot, deputy editor of Popular Science magazine, takes a sneak peek at medical firsts expected in 2004.

Such breakthroughs happen almost every day in laboratories and hospitals. And that means there are many breakthrough medical treatments and instruments that will come to fruition during 2004 - everything from a 20-minute HIV test to a telescope eye implant for people who suffer from macular degeneration.

The following are four medical breakthroughs that will most likely come to fruition during 2004:

Melafind
Melanoma is the deadliest skin cancer with incidence increasing faster than any other form of cancer. It's difficult to detect and usually requires a biopsy. In 2004, fingers are crossed for FDA approval on a new device, now in testing, that can be used by doctors in offices. Called Melafind, it's a handheld device that emits pulses of light that interact with the tissue. That image data is transmitted wirelessly to a docking station in the physician's office and from there to a server, which scores the specific image against a database of benign and malignant lesions.

Lifeport Kidney Transporter
Most organs for transplant are packed on regular ice, sealed in a regular cooler, and flown under extreme time pressure to waiting patients. Meet the LifePort Kidney Transporter, created by Organ Recovery Systems. High-tech pampering via hoses that pump nourishing fluids through the organ and microprocessors that regulate temperature mean that organs for transplant may be viable for twice the time they can be kept viable right now. Transporters for the heart, liver and pancreas are in the works.

Oraquick HIV Test
The OraQuick HIV test is a 20-minute HIV test that is 99.6 percent effective and uses just a finger-stick rather than a venipuncture. Most HIV tests come with a two-week waiting period for results. Once trained, outreach workers can administer the test anywhere from San Francisco to South Africa. The CDC will purchase 250,000 to use. It is FDA approved, but not in widespread usage yet.

OraSure Technologies, Inc., the same company who created OraQuick, announced that it is filing an application with the U.S. Food and Drug Administration ("FDA") for pre-market approval of its OraQuick® Rapid HIV-1 Antibody Test for use in detecting HIV-1 antibodies in both oral fluid, or saliva, and plasma samples. Under applicable regulations, the FDA has 180 days to respond to the submission.

Vision Care Implantable Miniature Telescope
About 1.6 million Americans age 60 and over have significant age-related vision loss due to macular degeneration. There's no treatment for this. People just go blind. The world's first telescope implant, a 45-milligram wonder, replaces the eye's lens, magnifying the central portion of vision so it projects across a larger area of the retina. It's in the final stages of clinical testing.