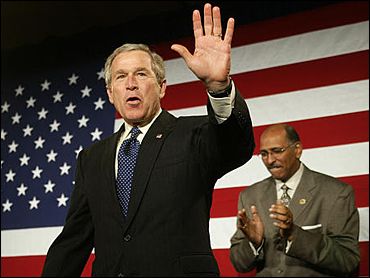 George W. Bush and Hillary Rodham Clinton are finally on the same ticket - the most admired man and woman in America, according to a poll released Monday.

The Republican president and the Democratic senator from New York and former first lady won't be found on the same sides of many political issues. But they're both seen in a favorable light by the American public.

When people were asked to name the man they admire the most, President Bush was picked by 29 percent. Secretary of State Colin Powell and Pope John Paul II were named by 4 percent and former President Clinton was named by 3 percent, according to a CNN-USA Today-Gallup poll.

The poll asked an "open-ended question," meaning respondents were allowed to offer any names that came to mind. For both the most-admired man and most-admired woman, the remainder of votes were spread among a wide variety of individuals.

The poll of 1,004 adults was taken Dec. 5-7 and has a margin of sampling error of plus or minus 3 percentage points.