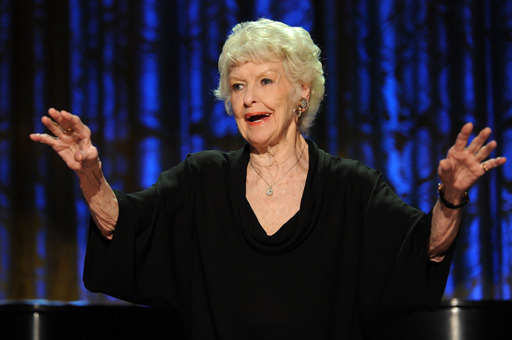 NEW YORK (CBS) Broadway ditched its roots for an evening and made its way to the East Room Monday.

PICTURES: Broadway at the White House

Guests and theatre royalty were welcomed by President Obama and first lady Michelle Obama for an event dedicated to show tunes.

Dubbed "A Broadway Celebration: In Performance at the White House," Monday's concert was the sixth installment of the White House Music Series - an ongoing platform that celebrates the best of music and the arts.

PICTURES: Music at the White House

Tony-Award winner, Elaine Stritch, kick-started the evening with a performance of "Broadway Baby," while Indina Menzel, Brian d'Arcy James, and Marvin Hamlisch, among others, were the other Broadway stars that performed.

President Obama delivered a few remarks before the show, celebrating "the power and the passion of Broadway music."

"Broadway music calls us to see the best in ourselves and in the world around us -- to believe that no matter how hopeless things may seem, the nice guy can still get the girl, the hero can still triumph over evil, and a brighter day can be waiting just around the bend," he said.

"A Broadway Celebration: In Performance at the White House" is scheduled to broadcast on PBS Wednesday, Oct. 20.