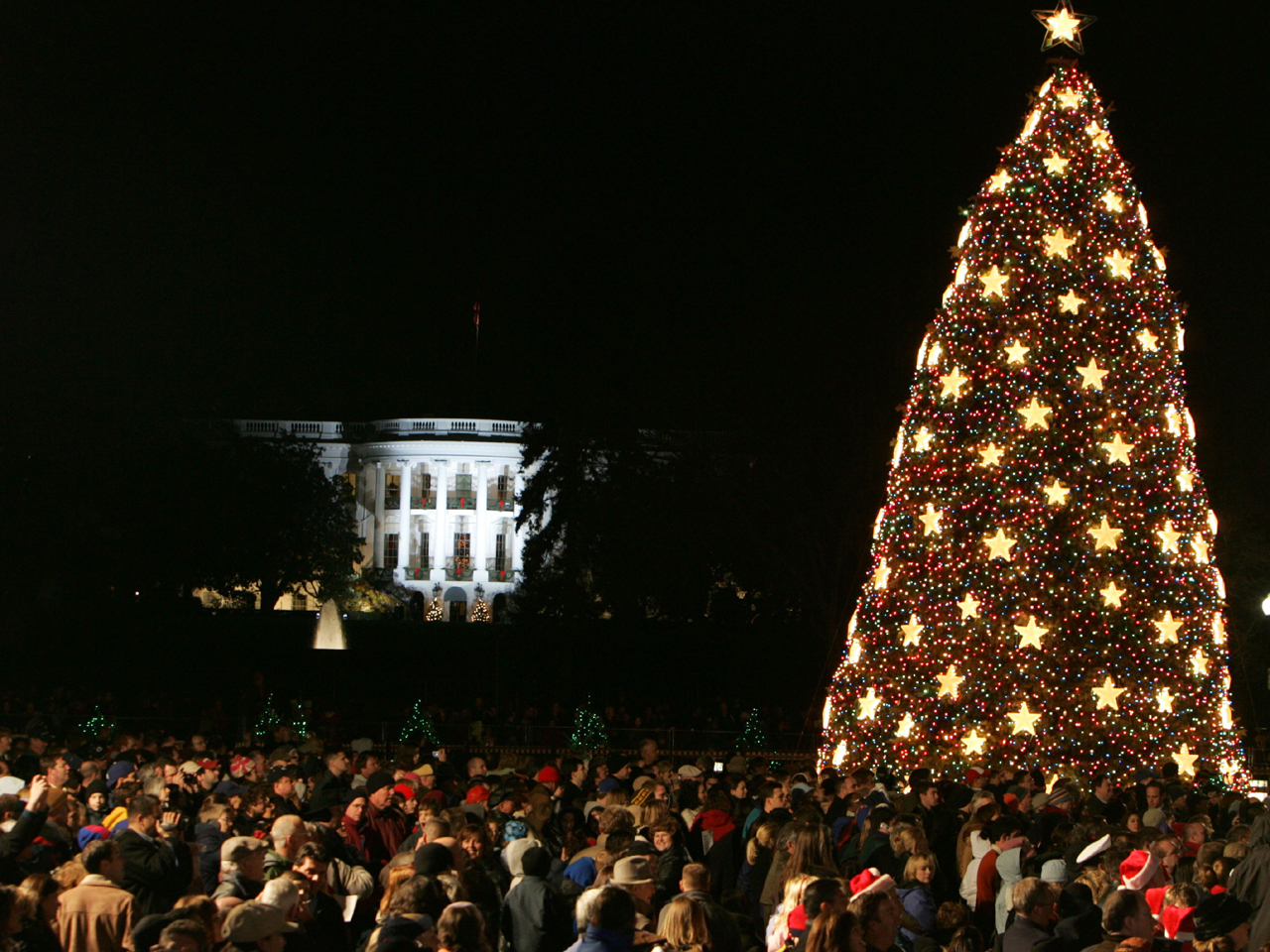 Holidays come alive each year at the White House with Christmas trees, menorahs, gingerbread houses, ornaments and countless other decorations that light up Washington nights.

This year, President Barack Obama and first lady Michelle Obama ushered in the holidays with several events. Mr. Obama was joined at the 90th annual tree-lighting ceremony with his family and star-studded guests, as his family watched him switch the lights on the 28-foot blue spruce that was transplanted just days before superstorm Sandy. Currently, there are 54 trees throughout the White House that have been decorated to reflect the 2012 holiday theme: "Joy to All."

"It celebrates the many joys of the holiday seasons: the joy of giving and service to others; the joy of sharing our blessings with one another; and, of course, the joy of welcoming our friends and families as guests into our homes over these next several weeks," first lady Michelle Obama said in a statement.

But the tradition hasn't always been a part of Washington. Before the twentieth century, the tree-lighting wasn't an official event.

According to the White House Historical Association, President Benjamin Harrison hosted the first indoor White House Christmas tree in 1889 in the oval room, with first lady Caroline Harrison, an artist, by his side helping to decorate it.

But The New York Times says it was in the 1850s that President Franklin Pierce introduced the first Christmas tree to the White House. The Times points out that President Harrison also put up a tree in 1891 and dressed up as Santa Claus to entertain his grandchildren.

There were a few years without a tree throughout the late 1800s and early 1900s. President Calvin Coolidge was the first chief executive to preside over a public celebration with the lighting of the National Christmas Tree in 1923, according to the White House Historical Association. And first lady Lou Henry Hoover established the custom of decorating an official tree inside the White House's oval Blue Room in 1929, starting the timeless tradition for all of the presidents' wives.

The tradition continued for years and in 1961, first lady Jacqueline Kennedy chose a theme for the official White House Christmas tree, decorating the oval Blue Room with ornaments that centered on the "Nutcracker Suite."

Ever since, every president and first lady in the White House end up making Christmas their own, employing varying themes, dedications and decorations.

Meredith Viera will give Americans a closer look at Washington's holiday custom this year. She hosts a special Wednesday night on NBC called "A White House Christmas: First Families Remember." The program will go behind the scenes of Christmases past and present with help from the current first lady, as well as former first ladies Laura Bush, Hillary Clinton, Barbara Bush, Rosalynn Carter and their children.