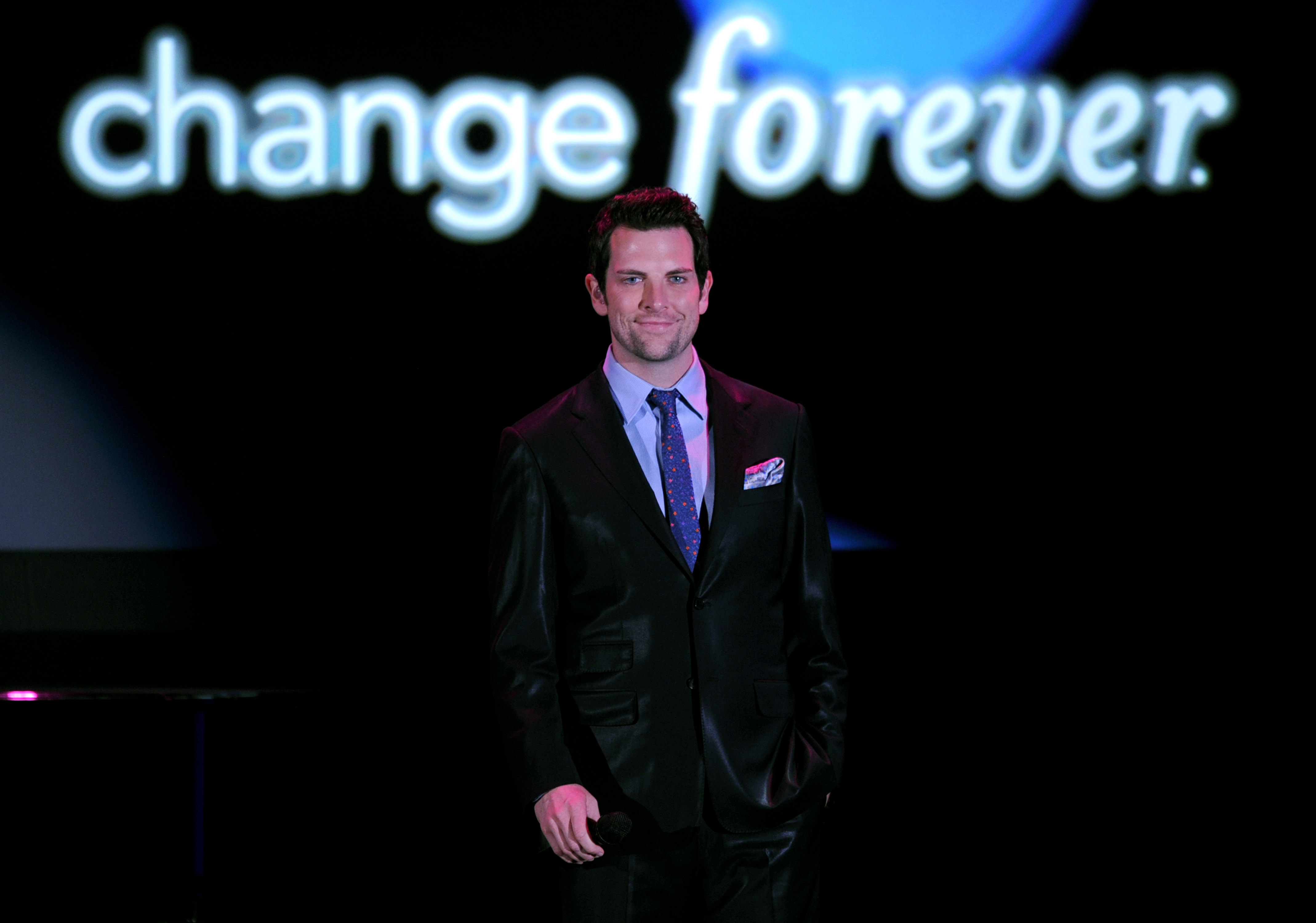 Chris Mann goes back to a very familiar place Tuesday night: "The Voice." He's set to perform a song live on the episode as he's done in the past, but life is a bit different since the last time Mann graced the show's stage.

Just six months after finishing as a finalist on the NBC series, Mann has a full-length album out, a Christmas EP and has taped two TV specials for PBS, alongside special guest Martina McBride.

His new album, "Roads," is a mix of originals and covers. He co-wrote two songs on the set, and Paul Anka reworked the classic, "My Way," for the first time ever for Mann to record.

The title track sets the tone and has a lot of meaning for Mann, especially as the classically-trained singer, who studied music at Vanderbilt University, returns to perform on the show that gave him a platform to showcase his sound.

"I had 'Roads' over a year before 'The Voice.' So that song has been something that I've been sitting on and waiting for the right moment," Mann said during a recent visit to CBSNews.com. "It's a song about the roads that we travel in life and sometimes they may take you down a path you weren't expecting that might be difficult. But if you just stay on the path it will lead you home."

Mann took a lot of "roads" prior to finding the one for "The Voice." He signed with a record label, put out a separate independent album and wrote and recorded for various films and TV shows.

He didn't really want to audition for the "'The Voice.' Having tried for similar competitions before, it didn't quite feel right. 'I'm too poppy. I'm too old,' he thought. But after a little persuasion, he took a shot and after making it, he stayed true to the sound that felt right to him.

"For me, especially with what I was doing on 'The Voice,' it was all about -- 'I know what my road is and I strayed from it before and it hasn't worked out very well. I'm going to get back on it and just ride it all the way.' And that's what I did with my singing on 'The Voice,'" said the season two contender. "What's so great about 'Roads' is that it's very emotional and it moves people in their own way because everyone has a story...and in the same theme, when Paul Anka brought 'My Way' into the picture and said, 'Let's see how you're going to do it your way,' it was a complete bookend to what I was already trying to say."

Meanwhile, Mann has been getting into the holiday spirit -- ever since July, actually, when he recorded his EP, "Home For Christmas," in Los Angeles.

"The funny part was the cover shoot," Mann recalled. 'It was very much snowing in that cover shoot and it was definitely like 100 degrees in an alley, with snow machines in my face. It was really awkward, and I looked terrified most of the time and somehow they found a picture that worked. I didn't have any problems singing the songs because the music is so beautiful and I love Christmas music so much. The most special song to me on the record is 'O Holy Night,' which is my favorite song. We did a completely choral arrangement on it and I think it's a version that hasn't been heard yet."

He recently sang "O Holy Night" live at the Rockefeller Center Christmas Tree lighting and performed at "Christmas in Washington," which airs Dec 21. at 8 p.m. on TNT.

But one of the projects he's most excited about are the two PBS concerts he has debuting in 2013.

"I asked Martina McBride to be my guest," said Mann. "We're both from Kansas. I didn't know her but I used to write letters to her in high school when I was grasping at straws -- 'how do you get from Wichita, Kansas, to the top of the world?' I wrote her letters, which she never responded to."

Mann ended up jokingly calling McBride out on it when they met this year leading up to the special.

"It ended up being a complete crazy marathon day," Mann said about the shoot, which will also be released as CD/DVD package. "We did 22 songs in three hours with a live audience, band, orchestra, brass section at Sony Studio...The most amazing thing was that I walked on to that stage and I realized that one year ago before I was on the same lot doing my blind audition [for 'The Voice.']"

Fans of "The Voice" will get to see Mann even when he performs on the show Tuesday.

"I'm excited to go back and meet the new people," said Mann, who noted he stays in touch with everyone and is still good friends with his former roommate, season two winner Jermaine Paul. "Now it's going to be weird because I'm the old guy," he said laughing.