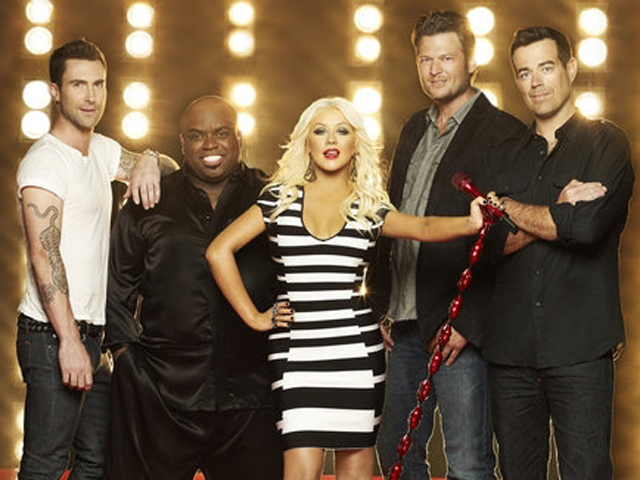 (CBS News) The reality TV singing competition arena is about to get a little crowded. Both "The Voice" and "The X Factor" make their debuts this week.

NBC's "The Voice" will kick off tonight with part one of blind auditions. It's the first of a three-night premiere, where the familiar coaches -- Adam Levine, Christina Aguilera, Blake Shelton and Cee Lo Green -- reunite to find America's "best new singer." Carson Daly is the host.

"The Voice" will look a little different though, as coaches will have a chance to "steal" contestants from one another. The show also will feature a new "knockout round," which will whittle down the teams from ten to five contenders. Many celebrity mentors are also expected to appear throughout the season, including Justin Bieber and Green Day'sBille Joe Armstrong.

Episode three of "The Voice," though, will face some competition this week from Fox's "The X Factor," which begins its second season on Wednesday with new judges Britney Spears and Demi Lovato. The show will see Simon Cowell and L.A. Reid returning to the judging panel.

"I think the girls do a great job," Cowell recently said about Spears and Loavto on a conference call with reporters.

"The contestants look great, the show looks different from anything else we've ever made before -- and I think this is the reason why NBC decided to put 'The Voice' up against us. It is a spoiling tactic," he said.

Cowell also said, according to The Washington Post, "I hope and I pray that it backfires on them...But you have to rely that the viewers will make the right selection. I think three nights in a row is too much."

Tell us: Which show are you looking forward to seeing -- "The Voice" or "The X Factor"?