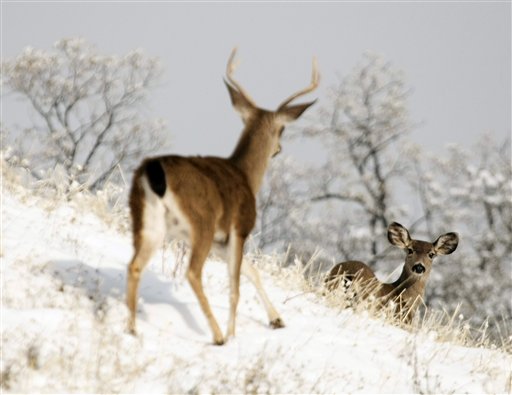 China has just reported at least nine people who have been infected in a new outbreak of SARS. Hundreds of others there are quarantined.

At the same time in Bangladesh, American scientists are trying to contain an epidemic of another killer virus, called Nipah.

SARS and Nipah are examples of viruses that just seem to come out of nowhere every year or so. They're the latest in a list that includes West Nile Virus, Monkey Pox, Avian Flu and HIV.

In January, Correspondent Scott Pelley reported on a new kind of detective -- virus hunters -- who are looking for the next big killer.

They believe that if they'd been tracking HIV in the '70s, they might have stopped AIDS before it killed more than 20 million people.

Today, these virus hunters are on the trail of Nipah, which has identified this week as the killer behind a new epidemic.

In the hospital wards of Bangladesh, at least 40 people have died in the Nipah outbreak that started in January. About half of them died in just the last week; many more are infected.

To understand where Nipah is coming from, 60 Minutes II went to Malaysia, the scene of another outbreak of Nipah, a virus so lethal they had to build a prison to hold it.

60 Minutes II visited a sophisticated bio-containment lab in northern Malaysia. The Malaysians never had one of these labs before, but they had to build it to isolate some of the only live Nipah viruses in captivity.

Why 100 percent for Nipah virus? Well, consider this: SARS kills about 9 percent of all those it infects; Nipah kills 40 percent.

In the lab, they keep virus-infected tissue to study Nipah, which has probably been around for millions of years, but apparently never killed a human until recently. The lab is working on ways to quickly identify any future outbreak.

Why? Because they don't ever want to see what happened in 1997 again. That year, out of nowhere, people began to die. Approximately 265 people came down with terrible symptoms.

"Temperature, fever, headache, but fairly quickly, it went into a coma and unconsciousness and then people needed to be on ventilators," says Dr. Hume Field, an Australian virus expert who was alarmed by how fast people were dying. "In 48 hours or so, they could be in a coma, and certainly within a couple more days, they could be dead."

Fortunately for the virus hunters, it turned out that the 105 people who were killed had one thing in common: they were all near pig farms. When Field went to the farms, he found a raging epidemic in the pigs.

With no idea of where the virus was coming from, Malaysia crushed every pig farm in the region and slaughtered all the pigs. Two years after Nipah emerged, it disappeared. But the mystery remained, and scientists still don't know how the pigs got the disease.

"That's the fundamental question - where did the virus come from into the pigs," says Field.

The hunt for the origin of Nipah virus carried 60 Minutes II out on the South China Sea, off the coast of the Malay peninsula.

The destination was a volcanic island called Pulau Tioman, west of Borneo, more than 150 miles from the outbreak on the mainland. This island is not very developed, but there are a few settlements along the coast. The interior of island is just pure primary rainforest.

Dr. Jon Epstein and Dr. Peter Daszak are virus hunters traveling the remote corners of the earth for the Consortium for Conservation Medicine. It's a partnership of schools, including Harvard, Tufts and Johns Hopkins, along with the U.S. Wildlife Health Center and the Wildlife Trust. It's an American program looking for viruses on the far side of the planet.

Why should Americans be worried?

"So just because there may not be Nipah virus in America right now doesn't mean that a similar virus can't emerge there or that other unknown diseases can't pass from wildlife into people in America."

These medical detectives are exploring places like this because most new viruses infecting man are coming from the wild.

"In fact, almost 75 percent of the emerging diseases in humans actually come from animals, wildlife or domestic animals," says Daszak. "So normally, you need to go to those wildlife species and look for the virus there."

They've come to look at Tioman Island because they suspect they'll find the animal that first carried Nipah.

Nipah is similar to a virus found in giant Australian bats. There is a similar bat called a flying fox on Tioman, and Epstein is here to catch them to see if they may have the virus.

"You have to look for key things. One, often times you can hear them from a distance, so you listen carefully for the sound of the colony," says Epstein.

How big are the colonies?

"It really depends on the species and the geography. In Australia, the colonies can get up to tens of thousands of animals," adds Epstein. "The one's we're seeing on the island are considerably smaller. The one that we found here so far is about 600 - 800 animals, maybe 1,000."

60 Minutes II didn't find one on a hike. But down the coast, near the beach, there were flying foxes sleeping, shrouded in their 3-foot wings. They hang out all day and fly out only at night to hunt for food - tropical fruit like mangos. They return at daybreak.

Epstein planned to catch them by throwing up a detour on their commute. He raises an almost invisible black mesh, strung up like a too-tall volleyball net.

Once he's caught 10 or so, he waits for sunrise and does it all again. He shows us a young male flying fox about a year old. "They're called flying foxes because their head really does look like a fox with wings," says Epstein, who anesthetizes the bat and takes tiny pieces of wing, some blood and swabs around those needle like teeth.

What will the swab tell him?

"It's one of the places that we believe, that we actually know, Nipah is present is in the saliva. We found it in a piece of fruit that was eaten by a bat. We actually found real virus," says Epstein.

That piece of fruit - which had been chewed up by a flying fox - may be the missing link in the mystery of how a bat virus came to kill more than 100 people. Just 150 miles away from Tioman, this is where the first infections happened. And there are fruit trees over the pig pens.

"What obviously happened here was fruit bats were feeding in these trees and somehow dropping bits of fruit in the pig pens," says Daszak. "Pigs would eat them and then get infected. That's what we think happened here."

The current outbreak in Bangladesh seems to have started with children eating fruit infected by bats. There's concern that the Bangladesh outbreak may be more dangerous than the outbreak in Malaysia.

There's also evidence that the virus has evolved. Epstein told 60 Minutes II this week that the Nipah virus, which had been jumping from animals into man, now seems to be leaping from person to person.

"It raises concerns about the ability of this virus now to spread on a much wider scale," says Epstein. "What worries me is that people have the ability to move around quite a large distance and people who are infected, and this is something we saw in SARS, you know, may potentially carry the virus to other areas and then spread it to other people."

The range of the flying foxes is already broad enough. It covers some of the most densely populated regions on earth from East Africa, across India, China, Southeast Asia and Australia.

In Australia, scientists are collaring bats with solar-powered satellite transmitters. And they're finding the bats are moving hundreds of miles at a time -- chased out of their habitats by man.

"Forest fires and deforestation, 'slash and burn' agriculture and the fruit bats were seen here for the first time in many years," says Daszak.

On Tioman Island, Epstein found that several bats tested positive for Nipah. In Bangladesh today, they're finding the same thing -- proving that, even for a virus, it's a small world.

"When we talk about wildlife diseases that jump into humans, it's a universal story. It doesn't just happen in Malaysia with Nipah virus. It happens in China. It happens in North America," says Epstein.

"By understanding some of the ecological factors that drive disease emergence, some of the factors like human activities, that bring people closer to wildlife, that place stress on wildlife, that make it more likely for these diseases to jump into humans, we hope to be able to apply these principals in general to other diseases and prevent future outbreaks."

It appears both Nipah and SARS have returned with the spring. But what worries Daszak even more is the danger that other viruses still undiscovered are waiting as man presses into the last wild places on earth.

"What worries me the most is that we are going to miss the next emerging disease - that suddenly we are going to find a SARS virus that moves from one part of the planet to another, wiping out people as it moves along," says Daszak.

"Something like Nipah virus, where 40 percent of the people who get infected die. That's something to keep you awake at night."