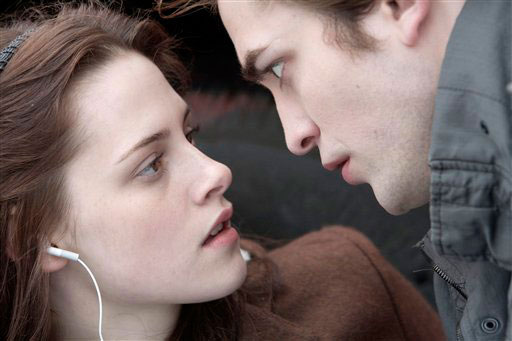 (CBS) A new cosmetic procedure may just "eclipse" its competition. They're calling it the "Vampire Facelift."

It's not really a facelift, though, it's an injectable filler called Selphyl (get it? Sounds like cell-fill). It's generating lots of buzz.

It works by temporarily plumping up lines, much like its older cousins Juvederm and Restylane. But unlike the competition, Selphyl uses the patient's own blood to do the plumping.

Twilight enough for ya?

First, an amount of the patient's blood is extracted. Then, according to the maker, the platelets are separated from the red blood cells. The platelets are blended with a proprietary synthetic mixture and injected into your frown line.

"This happens to coincide with all this fascination people have right now with blood - the whole vampire craze," says Dr. Tabasum Mir, who specializes in cosmetic dermatology and cosmetic laser surgery in Manhattan. Her patients are not requesting it, she ads, but inquiring out of curiosity. "I don't think my patients are interested in a two-step procedure when there are a lot of other fillers around that have been tried and tested."

Besides, one can't help but thinking that a real vampire wouldn't need Sephyl or any other wrinkle filler, because the undead stay out of the sun and never age.

Anyway, is it safe for humans?

"We certainly looked into it, but I think there probably isn't much of a problem when it comes to safety," says Dr. David Bank, President of the New York State Society for Dermatology and Dermatologic Surgery. "And by now, if any of our members were coming in with problems or complaints they would be reported to the society and those reports would be then shuttled to me. I haven't heard anything bad. But that's not a guarantee. The jury is still out."