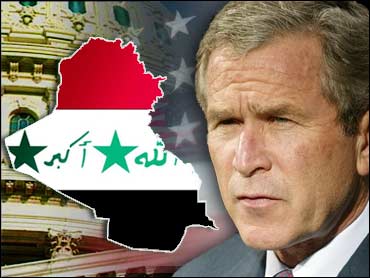 In case of war, the United States intends to oust Saddam Hussein and liberate Iraq, not occupy it, and then will turn over control of the country and its oil to Iraqis as soon as possible, administration officials told a Senate committee Tuesday.

They also said the administration is committed to preserving Iraq's territorial integrity and ensuring that Iraqis inside and outside the country work together to establish a broad-based government that represents various ethnic and religious groups.

Other objectives they listed include elimination of Iraq's weapons of mass destruction and its ties to terrorists.

Marc Grossman, undersecretary of state for political affairs and Douglas Feith, undersecretary of defense for policy, told the Senate Foreign Relations Committee that a number of departments were engaged in intensive planning for a post-Saddam Iraq should there be a war.

CIA Director George J. Tenet told the Senate Intelligence Committee that prospects for stability in Iraq will be increased by rapid repair of critical infrastructure, delivery of food and the quick creation of a multiethnic coalition government that includes Sunnis, Shias and Kurds.

Feith said the U.S. goal is to transfer as much authority as quickly as possible to Iraqi officials.

The Iraqi exiles with whom the Bush administration has been working regarding Iraq's future are a great resource "but not a substitute for what all Iraqis will need to do to work toward democracy in their country," Grossman said.

Stabilization, in which an interim coalition or military government focuses on security, stability and order.

Transition, during which Iraqi institutions gradually take over as part of the development of a democratic Iraq.

Transformation, after Iraqis draft, debate and approve a new constitution and hold free and fair elections.

On oil, Grossman and Feith officials stressed that this resource should remain under Iraqi control, with the proceeds used to support Iraqis in all parts of the country.

Feith said it was "false and malign" to claim, as anti-war protesters do, that the United States wants to go into Iraq to take control of its vast oil resources.

Senate Foreign Relations Committee members pressed Grossman and Feith during three hours of testimony to say how long the United States would have to remain in Iraq after a conflict and how much it would cost.

Such a prediction was impossible, the two officials said, because of variables including the length of any war and the extent of damage.

"The United States is committed to stay as long as is necessary in Iraq, but not one day more," Grossman said.

"We must articulate a plan that commences with a sober analysis of the costs and squarely addresses how Iraq will be secured and governed and precisely what commitment the United States must undertake," Lugar said.