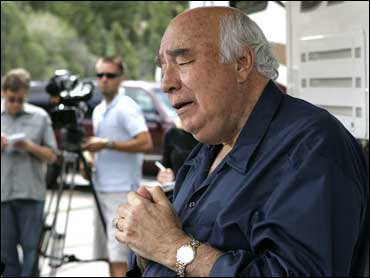 Lucille Ball, the madcap comidienne of 1950s TV, was a very serious woman, her daughter says.

On Friday, Lucie Arnaz, the daughter of Lucille Ball and Desi Arnaz, visited The Early Show to talk about her parents and their legacy.

TV viewers will get a taste of that legacy Sunday night when CBS airs "I Love Lucy: The 50th Anniversary Special."

The following was part of Jane Clayson's interview with Arnaz:

It seems we love Lucy more than ever, 50 years after "I Love Lucy" debuted. Why?

I don't know. I'm always asking other people that question. We got a different answer from everybody, but they all identify with the vulnerability of the woman, the unconditional love. The show is about love at its core. people understood they all cared about each other, making ends meet, getting over arguments, getting into predicaments. Not contemporary.

Millions have an image of Lucy from television. You were blessed with intimate knowledge of Lucy as a mother. Are those two women completely different people, in your mind?

Two completely different people. There was the Little Child in her always. When she came home, she did Home Business.

What was it like touring your mother's home in Jamestown?

I've been there three times before. But my brother had never been there before. Watching him was interesting. I did the cathartic exploration before. My brother hadn't done that. Seeing it all for the first time. Have a museum there. Cute little town.

Your father was so grateful to be in America, but he obviously never lost his love of his homeland. What do you see in yourself, that tell you you're your father's daughter?

The music. His Latin rhythms. Performing on stage with a band is as happy as I get. Liked to sing and play. People tell me I have his business sense. I have to run the estate. Not everybody is very professional.

What qualities do you see in yourself that you got from your mother?

Very organized. Responsible. Note-keeper, I keep lists. In her bathroom, before Post-Its, she had a tape dispenser. Little pieces of paper, notes. My mother wasn't funny off stage. She didn't think funny. Desi did. Serious woman.