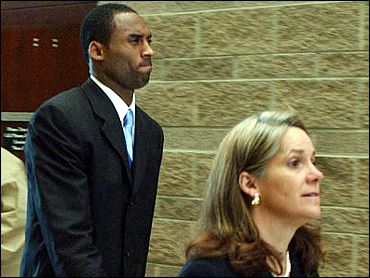 Tall people have a special status in our culture. Often without good reason, they are thought of as leaders — as "standing tall above the rest." In school, the tallest boys are the first to get dates. Tall girls are told they look great — "like beautiful models." Short people with big egos are often said to have a "Napoleon Complex," but nobody ever talks about tall, egotistical people as having a "de Gaulle Complex." The average height in this country is 5 feet 9 inches for men, and about 5 feet 4 for women. Anybody below that comes up short.

I'm not proud to admit that I haven't lost a lot of sleep over the fact that a former jockey will probably never be President of the United States. In my entire career, I don't think I've ever been financially discriminated against because of my height. Then again, a comedy writer who is 5-feet-7 is considered on the tall side.

However, my attitude towards heightism changed recently when I read a University of North Carolina study. My consciousness, if not my height, has been raised. It turns out that short people are discriminated against in a way I never knew about — financially.

Statistically speaking, the taller you are, the more money you make. Each inch is worth about $789 more per year. Someone who is six feet tall is expected to earn $5523 more per year than someone who is 5-feet-five. Taken over a 30-year career, the smaller person's height makes him come up hundreds of thousands of dollars short. Tall people get better job evaluations and quicker raises. So, short people don't just have to put up with the good stuff always being on the top shelf or tall people sitting in front of them at the movies. A tall person's earning power is head-and-shoulders above his shorter counterpart. And that is wrong.

Our reverence for height comes from primitive times. Back when we lived in caves, size was a more important survival trait than now. It made evolutionary sense. When a guy was coming at you with a spear, he was probably not going to be impressed by your command of the new tax laws or your ability to tell a really funny joke.

About 50 years ago, something strange happened — Americans stopped growing taller. In World War I, the average American soldier was two inches taller than the average German. Since around 1955, Germans and most people around the world have been growing taller, but we've stayed the same.

Is this another evolutionary development? Is America genetically ahead of the rest of the world in realizing that judging people by height is silly in this day and age? Will favoring tall people soon be a thing of the past? Is the height gene being phased out like the appendix or the ability to fricassee a lemur? Is American society finally evolving so that it will soon value things like intelligence, kindness, and sensitivity more than an ability to look good in designer clothes?

Don't bet on it. Experts believe our failure to continue to grow taller has more to do with diet and exercise than with developing more humanistic attitudes. We're growing wider, not taller. Meanwhile other countries are catching up to our height because they have been eating well. Maybe this development will have a positive effect. Maybe height will become less and less important to us as we stop towering over the rest of the world.

But I doubt it. I don't think American pride will allow it. Height worship is too ingrained in our culture. Right now, the average height of men in the Netherlands is six-feet-one-inch. The Dutch are four inches taller than we are. The Dutch! Are our leaders really going to sit still and do nothing as the people of the world keep sprouting up and looking down on us? Can't you just hear future politicians talking about closing the "height gap?"

There is bound to be some mistrust and suspicion if Americans continue to come up short internationally. Our proud leaders might even accuse other countries of employing the Ultimate Weapon in the Longitudinal War — using extra-high heels or putting lifts in their shoes. That's right. Unless we get over our height hang-up, a vertically challenged president of the future might very well call for inspection teams to look for "Shoes of Mass Elevation."