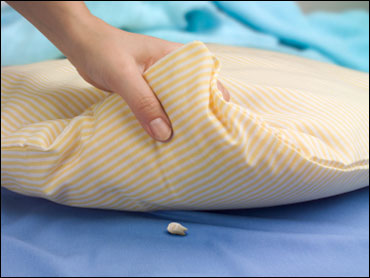 Even the tooth fairy feels inflation's bite. The price per baby tooth is 22% steeper today than it was a year ago.

That's according to a new tooth fairy poll from Securian Dental, which runs dental plans.

Most parents said they pay $1 per tooth. The second most common payment was $5 per tooth.

Then there were the outliers. One parent says the payout is a nickel per tooth. And at the other end of the spectrum, another parent splurges with $50 per tooth. And since kids have 20 baby teeth, which get replaced by 32 grown-up teeth, that adds up to a pretty penny.

What's up with tooth fairy inflation? Chalk it up to a boom in the $5-per-tooth crowd, notes Marty Weiland, operations analyst for DeCare Dental, which administers Securian Dental plans.

"The tooth fairy poll average usually reflects the health of the economy. However, this direction of change is inconsistent with trends exhibited in other more commonplace indices," Weiland says in a news release.

"The NASDAQ and Dow Jones Industrial Average indices have decreased 7.4% and 3.6% over this same period, respectively," says Weiland. "Either the tooth fairy is an expert investor or we may be seeing something analogous to the 'lipstick effect,' where during an economic downturn or a recession, the tendency is for consumers to purchase small, comforting items rather than large luxury items."
By Miranda Hitti
Reviewed by Louise Chang
©2005-2006 WebMD, Inc. All rights reserved