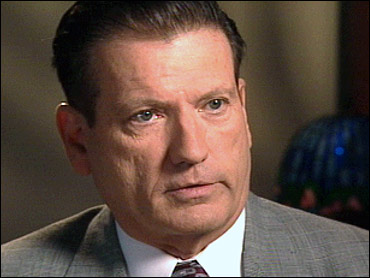 It was called the "Texas Miracle," a phrase you may remember because President Bush wanted everyone to know about it during his 2000 presidential campaign.

It was an approach to education that was showing amazing results, particularly in Houston, where dropout rates plunged and test scores soared.

Houston School Superintendent Rod Paige was given credit for the schools' success, by making principals and administrators accountable for how well their students did.

Once he was elected president, Mr. Bush named Paige as secretary of education. And Houston became the model for the president's "No Child Left Behind" education reform act.

Now, as Correspondent Dan Rather reported last winter, it turns out that some of those miraculous claims which Houston made were wrong.

And it all came to light when one assistant principal took a close look at his school's phenomenally low dropout rates – and found that they were just too good to be true.

"I was shocked. I said, 'How can that be,'" says Robert Kimball, an assistant principal at Sharpstown High School, on Houston's West Side. His school claimed that no students – not a single one – had dropped out in 2001-2002.

Most of the 1,700 students at Sharpstown High are under-privileged immigrants -- prime candidates for dropping out.

One student was Jennys Franco Gomez. She dropped out of Sharpstown in 2001 for an all-too-familiar reason: she had a baby. "My baby got sick, and I don't have nobody to take care of my baby and take it to the doctor," she says.

The high school reported that Gomez left to get a GED, or equivalency diploma, which doesn't count as a dropout. But Gomez says she never told school officials anything of the sort.

All in all, 463 kids left Sharpstown High School that year, for a variety of reasons. The school reported zero dropouts, but dozens of the students did just that. School officials hid that fact by classifying, or coding, them as leaving for acceptable reasons: transferring to another school, or returning to their native country.

"That's how you get to zero dropouts. By assigning codes that say, 'Well, this student, you know, went to another school. He did this or that.' And basically, all 463 students disappeared. And the school reported zero dropouts for the year," says Kimball. "They were not counted as dropouts, so the school had an outstanding record."

"But the teachers didn't believe it. They knew it was cooking the books. They told me that. Parents told me that," says Kimball. "The superintendent of schools would make the public believe it was one school. But it is in the system, it is in all of Houston."

Those low dropout rates – in Houston and all of Texas - were one of the accomplishments then-Texas Gov. George Bush cited when he campaigned to become the "Education President."

At that time, Paige was running Houston's schools, and he had instituted a policy of holding principals accountable for how their students did. Principals worked under one-year contracts, and each year, the school district set strict goals in areas like dropout rates and test scores.

Principals who met the goals got cash bonuses of up to $5,000, and other perks. Those who fell short were transferred, demoted or forced out.

"In my district in particular, where I have many of my high schools, 1,000 ninth-grade students, yet only approx 300 or so will walk the stage four years later and receive a diploma. A big question should go off in people's heads, where are the other students?" says Noriega, who asked the state to find out.

Investigators checked half of the city's regular high schools. They reviewed the records of nearly 5,500 students who left those schools, and checked how the schools explained it. They found that almost 3,000 students should have been, but weren't, coded as dropouts. The audit substantiated Kimball's allegations.

"The problem is the lack of integrity that's being demonstrated when you say there's such a low dropout rate, when we know, everyone knows, that 30 to 40 percent of the kids are dropping out of schools," says Kimball.

60 Minutes wanted to ask Houston school officials about Kimball's charges, but they wouldn't talk on camera. They said they wouldn't "get a fair shake." But they did meet off camera, and they argued that the audit proved outright fraud only at Sharpstown High.

At the other schools, they contended, the false statistics were due to "confusion" about the complex state system for coding students, and sloppy bookkeeping. They conceded, however, that Houston's "official" 1.5 percent dropout rate was not accurate.

Those officials also urged 60 Minutes to get a better picture of the Houston school system on by talking on camera to Rob Mosbacher, a Houston businessman, school supporter and Republican activist.

"I think the district looks at the challenges it has, and sets high expectations. And that's something that makes all of us very proud. Because they've been making the progress that shows that expectations can be realized," says Mosbacher.

60 Minutes also tried to talk to Paige himself, but he declined. His spokesman said the dropout controversy broke after Paige left Houston to become education secretary. And he said the phony statistics at Sharpstown were the work of a few individuals.

Paige's spokesman suggested that 60 Minutes talk to Jay Greene, a leading expert on dropouts at the Manhattan Institute. Greene supports the kind of accountability reforms Paige enacted in Houston.

But this is what Greene said when asked what he thought about Houston's "official" dropout rates: "I find that very hard to believe. It is almost certainly not true. I think it's simply implausible. I think a reasonable guess is that almost half of Houston's students do not graduate from high school."

Greene also points out that Houston's dropout problem is no worse than that of school systems in many other large American cities: "I think they are doing about as well as most urban school districts, which is to say not very well … I don't think they've been doing super well."

Houston also won national acclaim for raising the average scores on a statewide achievement test that was given to 10th graders. Principals were judged on how well their students did on the test.

But at Houston schools, Kimball says, principals taught addition by subtraction: They raised average test scores by keeping low-performing kids from taking the test. And in some cases, that meant keeping kids from getting to the 10th grade at all.

"What the schools did, and what Sharpstown High School did, they said, 'OK, you cannot go to the 10th grade unless you pass all these courses in the 9th grade," says Kimball.

What's wrong with that? Wouldn't this help students get the basics down before moving on?

"Because you failed algebra, you may be in the ninth grade three years, until you pass the course. But that's not a social promotion if you just allowed the student to go to 10th grade, just you know, let him take algebra again, and work on it there."

That's just what happened to Perla Arredondo. She passed all her courses in ninth grade, but was then told she had to repeat the same grade and the same courses.

"I went to my counselor's office, and I told her, 'You're giving me the wrong classes, because I already passed 'em," says Perla. "So she said, 'Don't worry about it. I know what I'm doing. That's my job.'"

Perla spent three years in the ninth grade. She failed algebra, but passed it in summer school. Finally, she was promoted – right past 10th grade and that important test -- and into the 11th. Without enough credits to graduate, Perla dropped out. While she worked as a cashier, a secretary, and a waitress, she learned an important lesson: "I know I can't get a good job without a high school diploma. You know? I can get a job as a waitress. I mean, and I don't wanna be doing that all my life."

Gilbert Moreno has seen many Perla Arredondos. He runs a school filled with dropouts.

"There are some horrible stories," says Moreno, who is director of the Association for the Advancement of Mexican-Americans, which operates a private, non-profit charter high school for disadvantaged kids.

"A youngster passed, say, five different subjects, passed the English, but wasn't given the algebra, and then was later told, at the end of the year, 'Well, you're not gonna pass to the 10th grade. You never passed algebra. You never took algebra,'" says Moreno. "And the youngster goes, 'I never knew this.' And it looks almost that there was an attempt to maybe identify some certain students and not give them the required curriculum."

There is no state audit to back up this claim, but Moreno points out that many Houston high schools have bulging ninth grades, and very small 10th grades. One school, he says, held back more than 60 percent of its ninth-graders.

School officials say students are held back because they're not ready for the next grade. They deny that they were held back to avoid the test.

Students and teachers at Moreno's charter school showed 60 Minutes that dropouts are not a lost cause. Former dropouts get help here to stay in school. Classes are small, there is daycare for students with children, and programs to combat drugs and gangs.

There was determination, ambition and hope in their voices.

Roscio dreams of becoming a cartoonist. "I'm really good at drawing," he says.

"Right now, I want to go to med school and continue to become a pediatrician," says Victor.

And Vanessa dreams of becoming a journalist.

Noriega says Houston school officials focus on statistics instead of real problems: "That's the issue. It's the kids, stupid. And people continue to wanna spin around it all, and lose sight of it all. And it's Kimball, and it's just one school, and it's this and it's that. And it's not."

If that sounds like a political statement, it's because questions about the Houston school miracle are now being raised in Washington.

And Education Secretary Paige, who declined to give 60 Minutes an interview, responded to those questions in a speech in Houston just before Christmas 2003: "Critics come after the school district in Houston. Not Sacramento, not Denver, Boston or Los Angeles. It is Houston that they put on the front page. They come after you, not because of an interest in quality education, but because of where you live."

And in the case of whistle-blower Kimball, school officials have denounced him as incompetent, and transferred him to a primary school for kindergarten through second grade, where he is the second assistant principal.

"The district felt that, by sending me down there, somebody who's taught at university level, taught at high school level, and middle school level, would be humiliated at a low primary school, but I'm telling you that I love it," says Kimball, who adds he isn't going to quit.

After 60 Minutes broadcast that story, Robert Kimball filed a whistle-blower suit against the Houston School District for retaliating against him.

The school board dropped its reprimand and paid Kimball $90,000. Kimball resigned and is now teaching at a local university. A few weeks later, three top school board officials, including Superintendent Kay Stripling, resigned their posts.

State Representative Rick Noriega, a major in the Army Reserves, is now on active duty in Afghanistan.