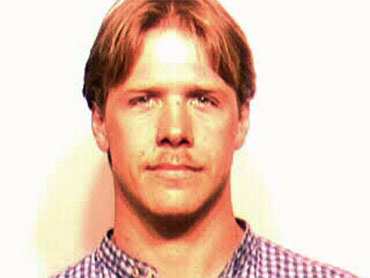 RALEIGH, North Carolina (CBS/AP) An American indicted in an alleged international terrorism plot once faced the possibility of losing a hand and foot for robbing a bank in Pakistan.

Authorities say Daniel Patrick Boyd avoided that fate two decades ago when his conviction was overturned – but now the Raleigh, N.C. man faces the prospect of life in prison, if convicted of organizing a group of seven men said to have international terrorist aspirations.

Prosecutors say Boyd's time in Pakistan also included terrorist training that he brought back to North Carolina, where over the past three years he allegedly recruited followers willing to die as martyrs waging jihad — an Arabic word that means the struggle to do good and commonly used by extremists to mean holy war.

Seven members of the group, including Boyd and two adult sons, were arrested Monday and charged with providing material support to terrorism and "conspiracy to murder, kidnap, maim and injure persons abroad."

Prosecutors would not detail what the group was allegedly targeting overseas. An indictment said they provided money, training, transportation and men to help terrorists. Boyd and some of the others traveled to Israel in June 2007 intending to wage "violent jihad," but returned home without success, the document said.

Boyd lived at an unassuming lakeside home in a rural area south of Raleigh, where he and his family operated a drywall business.

"We never saw anything to give any clues that something like that could be going on in their family," Stephenson said.

Authorities believe Boyd's alleged roots in terrorism run deep. They said when he was in Pakistan and Afghanistan from 1989 through 1992, he had military-style training in terrorist camps and fought the Soviets, who were occupying Afghanistan.

It is unclear when he and his family returned to the U.S., but in March 2006, Boyd traveled to Gaza and attempted to introduce his son to individuals who also believed that violent jihad was a personal religious obligation, the indictment said.

Two of his sons, Zakariya Boyd, 20, and Dylan Boyd, 22, were named in the indictment. Another son, Luqman, died two years ago in a car accident. The document did not say which son Boyd allegedly took to Gaza.

The others charged are Anes Subasic, 33; Mohammad Omar Aly Hassan, 22; and Ziyad Yaghi, 21. Hysen Sherifi, 24, a native of Kosovo and a U.S. legal permanent resident was also charged in the case. He was the only person arrested who was not a U.S. citizen.

No attorneys for the men were listed in court records.

Reached at her home in Maryland, Daniel Boyd's mother said she knew nothing about the current case.

"It certainly sounds weird to me," Pat Saddler said.

Hassan's father declined to comment, and other families did not have listed numbers or did not return calls.

In 1991 in Pakistan, Daniel Boyd and his older brother denied they were guilty of stealing $3,200 from the bank. When the sentence was imposed, Boyd shouted: "This isn't an Islamic court. It's a court of infidels!"

When the brothers were arrested, they were accused of carrying identification showing they belonged to the radical Afghan guerrilla group, Hezb-e-Islami, or Party of Islam. They had become the first foreigners to be convicted and sentenced by special Islamic courts set up by the conservative federal government to impose speedy trials for so-called "heinous" crimes.

About a month later, when the brothers' convictions were overturned, Daniel Boyd said, "The truth has finally come out."

The men's wives, also Americans, said in an interview at the time that the couples had come to Pakistan in 1989 and that the U.S. was a country of "kafirs" — Arabic for heathens. The wives refused to answer questions about their husbands' links to the Afghan mujahedeen, or Islamic holy warriors, though they did say their husbands embraced Islam nine years earlier.

Boyd's wife, Sabrina, had three sons with her in Pakistan at the time of the sentencing: 3-year-old Zakariya, 1-year-old Luqman and 5-year-old Mohammed. The indictment filed in North Carolina says Dylan Boyd is also known as Mohammed.

It was unclear how U.S. authorities learned of the allegations of the past three years, although court documents indicate that prosecutors will introduce evidence gathered under the Foreign Intelligence Surveillance Act.

Several of the defendants, including Boyd and his sons, also face firearms charges. The indictment says they had obtained a variety of weapons from handguns to rifles.

In July 2008, Sherifi allegedly left for Kosovo to engage in violent jihad, but it's unclear if he did any actual fighting. He allegedly returned to North Carolina in April 2009 to solicit funds and warriors to support the mujahedeen, but again the indictment did not give details. In October 2006, Yaghi went to Jordan to engage in violent jihad, according to the indictment.

Boyd's beliefs about Islam did not concur with his Raleigh-area moderate mosque, which he stopped attending this year and instead began meeting for Friday prayers in his home, U.S. Attorney George E.B. Holding said in an interview. He did not say whether any or all the defendants met with him.