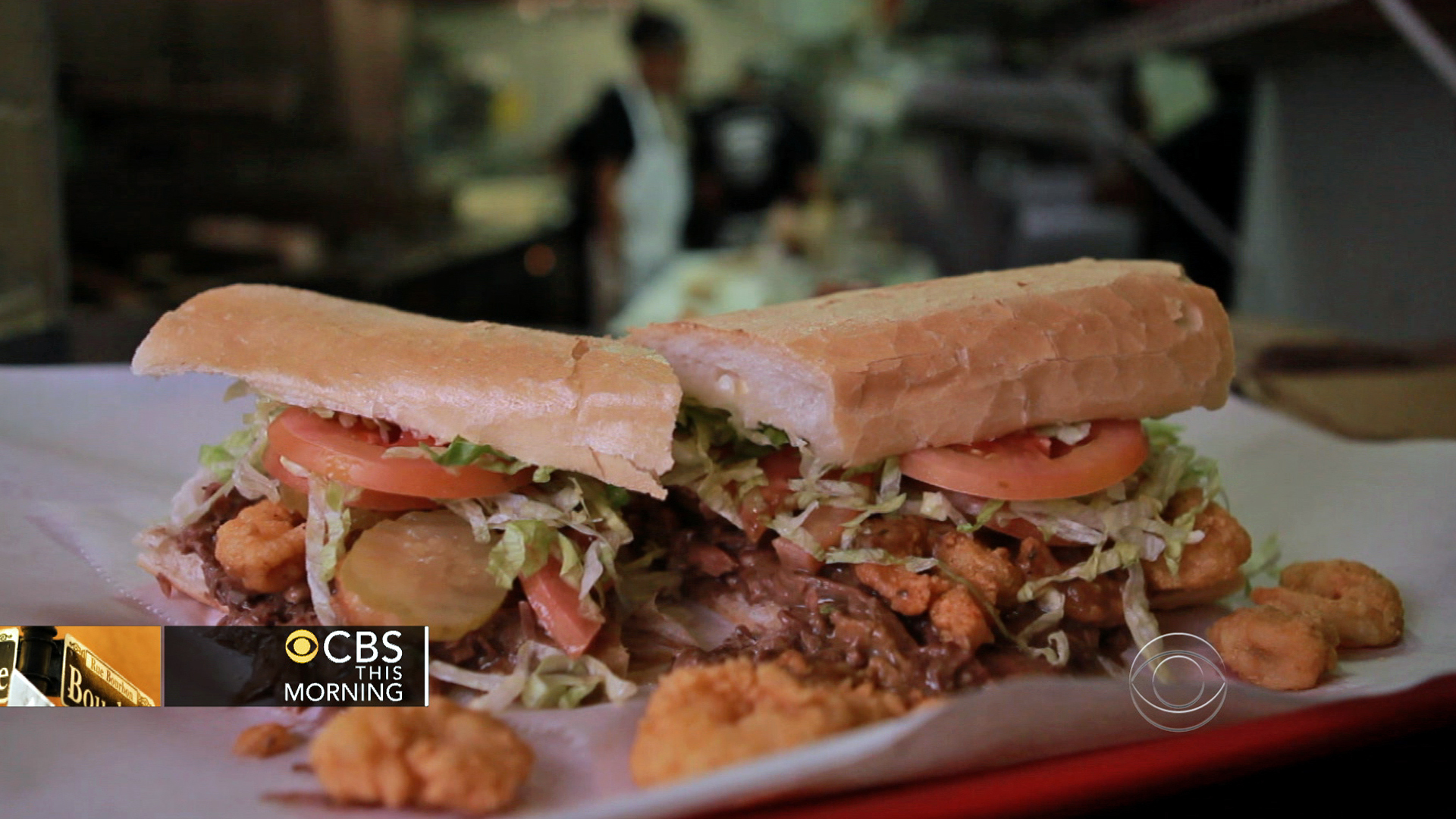 In 1929, during a strike by streetcar workers, brothers and bakers Clovis and Benjamin Martin began feeding the strikers for free. Originally just gravy and meat scraps on french bread, the sandwich was an inexpensive way to feed the masses that the brothers dubbed "poor boys."

Chef Justin Kennedy told Rocca, "Everybody has to have their po' boy sandwich in New Orleans. In don't matter what joint they go to, they gotta have it."

But Kennedy took issue with Rocca's characterization of the sandwich as a type of "submarine sandwich," saying, "First of all, that is an insult. This is a New Orleans po' boy."

The 28-inch loaves of bread used to make a po boy come only from local bakers and benefit from what chef Josh Domilese, the fourth generation to run Domilese's Po-Boys in New Orleans, calls the secret weapon: New Orleans humidity.

"They'd come after football practice in high school and they would sit down and both of them would eat two large shrimps in one sitting ... which is amazing. I sitll can't fathom it."

Whether or not he's serving NFL stars or New Orleans royalty, Justin Kennedy is just happy to be a part of the po' boy tradition.