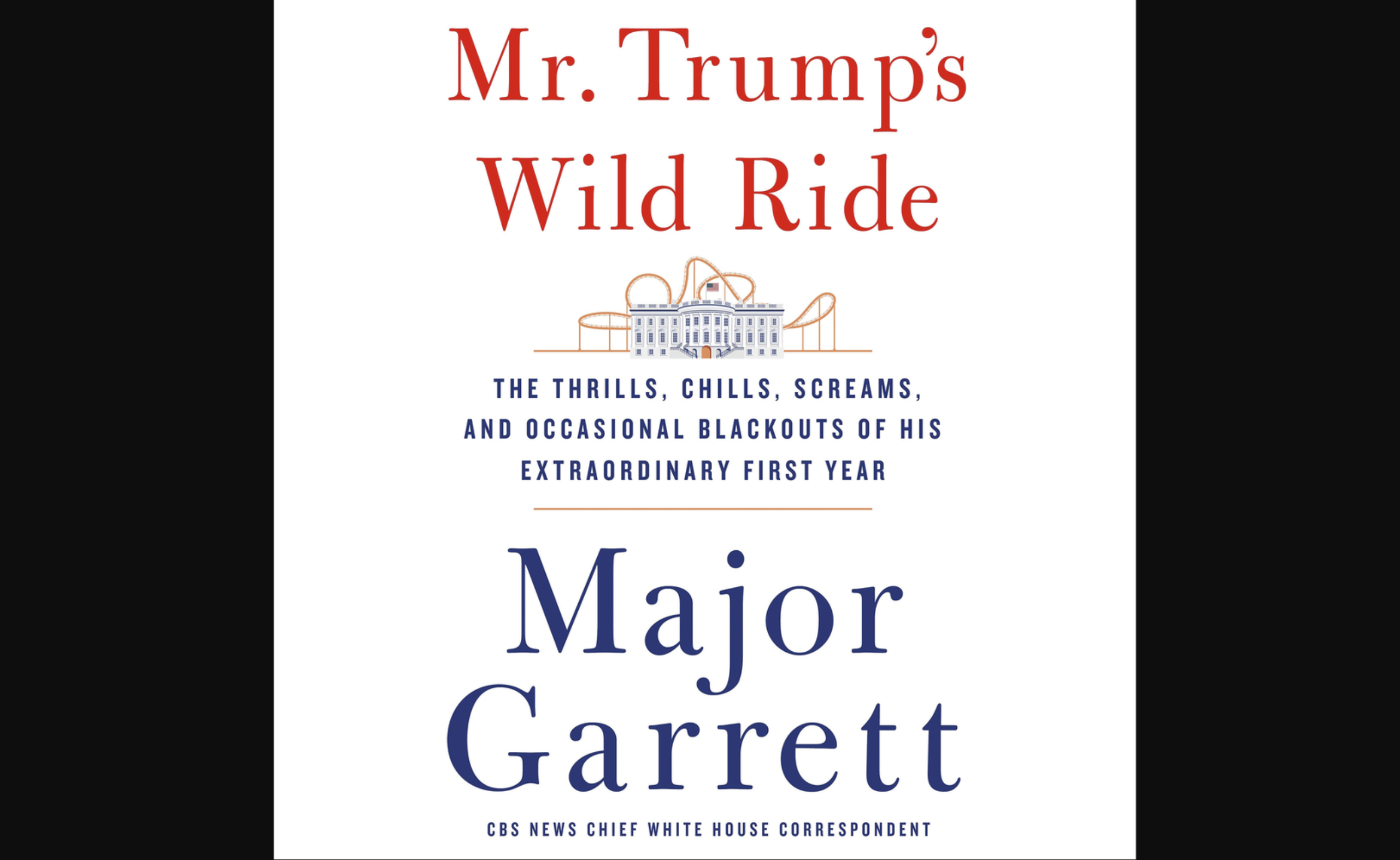 One such moment, he told substitute host Steven Portnoy, was the president's announcement of the travel ban, an executive order banning citizens of several predominantly-Muslim countries from entering the United States. Garrett wrote that the president was presented with eight options for the travel ban and described the various permutations of the ban -- and its public adjudication -- as a microcosm for the president's chaotic process of governing. The travel ban becomes, he says, "an absolute illustration of how this process both—to some doesn't work, and to some does work. You can actually appraise what you either like or dislike about the Trump presidency through the travel ban all by itself." In the end, the version of the travel ban Mr. Trump settled on was the least restrictive of those placed before him.

In another episode, Garrett recounted that on the day Robert Mueller was appointed special counsel, Attorney General Jeff Sessions submitted his resignation to the president and retreated to his SUV on West Executive Drive in the White House complex. Garrett divulges the attorney general had to be coaxed to come back inside the White House by then-chief of staff Reince Priebus, who essentially talked Jeff Sessions "off this resignation ledge."

Even as negotiations over a presidential interview with Mueller have stalled, Garrett reveals that in fact there was at one point a date certain for a presidential interview with Mueller: Jan. 27, 2018. It was a date former White House Counsel Ty Cobb had scheduled with Mueller. When former Trump lawyer John Dowd discovered this, however, he went back to the president and convinced him not to do the interview. In the intervening months, the investigation has continued, and the special counsel has convicted five Trump associates.

Garrett says he hopes his book will be seen as "curious and rigorous," as he strives to evaluate the "legacy-making impact from this unique chapter at this unique time."