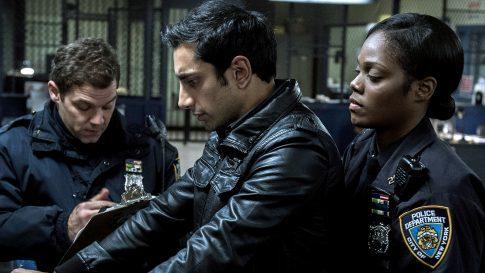 It’s the morning after “The Night Of” finale, and as fans ruminate on all the confounding events that unfolded over the course of the cinematic crime drama’s eight-episode (read: not long enough) run, here is a recap of the show’s various suspects and the nail-biting evidence against them. Keep in mind that this is a world where the “good guys” are not always good and the “bad guys” are not always bad. Rather, it’s a gray area in which the most obvious criminal may in fact be the criminal justice system.

First and foremost, we have the show’s antihero, Nasir Khan. A seemingly hard working Muslim college student from a good family, Naz struggles to tutor the members of his school’s basketball team in the face of some pretty blatant bullying. He picks up his mother at work, pausing to help her finish folding a few garments. He eats dinner with his family. Then, blinded by the excitement of potentially attending a basketball team party, he makes the unfortunate decision to borrow his father’s cab and drive into Manhattan. This, rumpled yet lovable lawyer John Stone tells us, is the first of seven crimes Naz commits.

“Crime one: Stood up by a friend with a car, a young man takes his father’s cab without permission to go to a party in Manhattan,” Stone recounts to the jury as part of his nearly perfect closing statement. “Crime two: A young woman buys some powerful illegal drugs. Crime three: On the banks of the Hudson River, under the George Washington Bridge, she gives him one of those illegal drugs, MDMA. Crime four: Later at her house, she gives him another illegal drug, ketamine, which with the ecstasy and enough tequila to topple a saguaro cactus knocks him out like the horses vets give ketamine to. Crime five: Upon discovering the body, instead of reporting it, he runs. Crime six: He takes an illegal left turn. Crime seven: He resists arrest.”

You’ll notice that this list of crimes does not include Andrea’s murder. That’s because Stone -- and presumably most of the show’s audience -- does not believe Naz killed her. Yes, he ran from the scene of the crime instead of calling 911. Yes, he was arrested with a bloody kitchen knife in his coat pocket that he broke back into Andrea’s brownstone to retrieve. And yes, his DNA was all over the victim’s bedroom, but young Naz was so drugged that he claims to not remember a thing that occurred after the sex. And -- despite his newly acquired Rikers drug habit, haircut and questionable neck/knuckle tattoos, we believe him.

Why? Well, it’s like Omar -- whoops, we mean Freddy -- says: He smells like innocence. And spoiler alert: Six out of the 12 jurors agree. Plus, he walked away from a certified blood bath amazingly not covered in blood. It’s difficult to walk away from a bowl of spaghetti that clean, let alone a murder with 22 stab wounds.

As slimy as they come, Don Taylor comes into focus as a personal trainer on the verge of bankruptcy who married Andrea’s millionaire mother two years before her death, then lobbied against her daughter for her money. We learn that Andrea’s mother once took out a restraining order against him for domestic abuse charges. We learn that he wants the Upper West Side brownstone Andrea is murdered in (and where the locks have not been changed since he moved out). We learn that the Monday morning after Andrea was killed, Taylor went straight to appellate court to file for her trust fund.

Ah, Duane Reade, the felon with the most unfortunate name in New York. Reade just so happened to be walking down West 86th Street with a bigoted sidekick when Andrea and Naz were walking up the stairs to her brownstone for the fated sex-and-drug-filled interaction. And after his friend called Naz a “towel head” then walked away, Reade remained near the base of Andrea’s stairs for a good minute, just staring at the couple as they walked inside.

That sort of thing would be totally creepy in a vacuum, but that’s not all -- far from it. Now, take into account that, when Reade’s companion, Trevor, first spoke to police, he pretended to have run into Andrea and Naz alone. Why hide the fact that Reade was there if he has nothing to hide? Then, of course, there’s the fact that Reade is currently serving time for attempted robbery, a crime he’s served time for multiple times in the past. And in each of those occasions, he’s subdued the homeowner with a knife from his or her own kitchen.

Sounds an awful lot like his MO, doesn’t it?

There was also the creepy hearse driver with whom Naz and Andrea crossed paths when they stopped at a gas station for water and beer. Surveillance footage shows him putting Andrea’s cigarette out on her car window, then waiting until the cab pulled out of the station to pull out himself. Did he follow them? Or did he in fact go home?

We may never know. What we do know is that Mr. Day harbored a less than sunny view of women. He, too, once threatened his wife with a knife.

In the end, though, “The Night Of” threw us a curveball, as all the best mini-series do. Upon replaying the footage of Andrea getting into Nasir’s taxi downtown, Sgt. Box discovers that she had fearfully looked over her shoulder just moments before entering the cab. Who was she running from? Averting retirement yet again, Box then uncovers footage of Andrea having a heated argument with a brunette man outside a diner earlier that night. What’s more, after she storms off, the man follows her.

Calling in a favor, Box cross-references the night’s credit card receipts with Andrea’s phone log and the noose tightens around Ray Halle. We met Ray earlier in the season when he advised Nasir’s lawyers to look deeper into Andrea’s stepfather, even adding that Andrea told him he would take her mother’s house “over her dead body.” The audience liked him and trusted him; he seemed like a good guy.

However, it turns out that under that polished demeanor, he’d been secretly dating Andrea and bleeding her money to fuel his gambling addiction. In fact, the fight which occurred “the night of” the murder was over a $300,000 withdrawal that may or may not have been issued without Andrea’s permission. Ray did, after all, have power of attorney.

Add to that the fact that Ray went through a cash lane at the Midtown Tunnel despite having an E-ZPass on his car, all those pesky cellphone tower pings and -- it seems the killer has been found. The show may not have ended with Ray’s arrest, but it’s fairly clear that’s where Box and prosecutor Helen Weiss are headed.