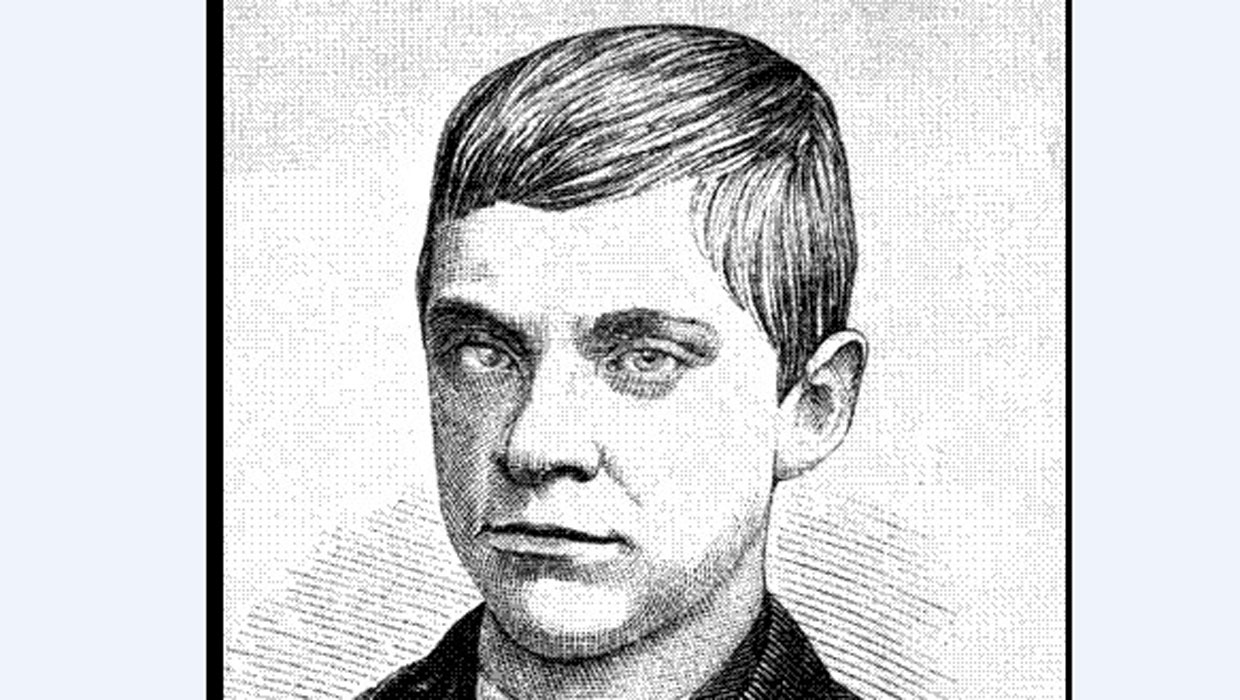 Roseanne Montillo is a part-time professor at Emerson College whose upcoming book is titled "The Wilderness of Ruin"; she wrote this piece for Crimesider

On April 23, 1874, the mutilated body of a young boy named Horace Millen was found in a pit on the beaches of South Boston. Two brothers, George and James Power, had gone there in search of clams. But, having miscalculated the tide's arrival, they took to wandering the area in search of other treasures. What they found instead was a small child left dead inside a ditch. Nearly naked, numerous stab wounds crisscrossed the child's body, one of which ran across his neck from end to end. It appeared that a sharp object had been shoved into one eye, while his genitals had been nearly severed. The body had also been set on fire.

There was no question in the minds of those who gathered at the site that only an individual with a monstrous constitution must have committed the crime. As it happened, as the detectives delved deeper into the case, they discovered that two witnesses had stood on the beach not far from the spot where the boy had died, and what they had seen pointed to someone even more disturbing than a monster. At around noon on that April 23rd, Edward and Benjamin Harrington had noticed a very young boy running away from the murder site. He was tall for his age, wore a cap, but the two men recognized him to be a boy nonetheless.

The community was disturbed that a child, or a young boy might have been the perpetrator of such an act. Yet, it was not impossible. Most recently, the area had seen a rush of crimes committed on young children by someone who was no more than a child himself. Could this boy have graduated to murder? The police wondered.

Jesse Pomeroy was born in Charlestown, Massachusetts, on November 29, 1859. From the very beginning, he did not fit in. A defect in his right eye set him apart. A white film so thick and unappealing covered the pupil, the people who crossed his path were revolted by it, by him. Those people included his father. At school, Jesse Pomeroy became the target of many jokes, bullied viciously by those bigger, taller, and stronger than himself. In turn, he bullied those who were smaller, shorter, and weaker than he was.

He was a loner, preferring to spend his time reading the cheap "dime novels" published at the time, stories full of blood, gore, sex, wars, battles and mayhem, the equivalent of today's violent video games. His brother, Charles, older by seventeen months, ignored him in favor of girls, and his father, Thomas Pomeroy, frequently beat him up with a horsewhip or a leather belt, often demanding that he strip completely naked so as to inflict further punishment on his bare skin. The only person in Jesse's life who offered a measure of comfort, or, at the very least, understanding, was his mother, Ruth Ann Pomeroy. She believed her son's issues were due to bullying; if others stopped bullying him, then he would stop bullying others. Even when he began to torture and kill small animals, Ruth Ann saw this as a sign of his sadness.

In late 1871, in the city of Chelsea, just across the river from Charlestown, children began to suffer vicious beatings at the hands of a boy some described as bigger, taller, and stronger than they were. Some were sexually assaulted as well. The boy would befriend them, offer them money and treats, accompany them to a remote location, and there have his way with them. He became known as The Boy Torturer and The Red Devil. A description of the boy was subsequently published in the Boston Globe, which Ruth Ann Pomeroy read and recognized. Immediately, she transferred the family to South Boston.

In August of 1872, a young boy was found tortured on the sands of South Boston. That following September, another child was discovered beaten, assaulted and tied up to a telephone post, also in South Boston. But unlike the rest of the victims, this latest one gave a very good description of his assailant, including the fact that he had a very peculiar right eye, a white eye that resembled a marble. Jesse Pomeroy was arrested, and due to his age was sentenced to the State Reform School at Westborough for the term of his minority, six years.

Though the inhabitants of Boston were relieved, Ruth Ann Pomeroy had other plans in mind. Through her machinations, Jesse was released only months later, to the detriment of the community.

On March 18, 1874, Katie Curran disappeared from her home in South Boston. She had gone out to buy a notebook and was never seen again. Upon inquiry, it was discovered the last place she had been was the Pomeroys' shop, where Jesse worked. The place was searched and Jesse interrogated, but nothing was found.

Some five weeks after Katie's disappearance, the dead boy on

the beach, four-year-old Horace Millen, was discovered. When brought to the police, it was found that Jesse Pomeroy had blood on his clothes, scratches on his skin, and the sole of his boots matched the imprints left on the sands on the beach.

People wanted to know why a child had committed such atrocities, a tangible reason why Jesse Pomeroy had done what he had done. Experts were hired, and, much like in today's trials where children are involved, each expert had an answer.

Jesse must have suffered from some kind of familial mental illness, although despite some thorough investigations, none was found in his relatives. He was the product of a broken family, they said. Indeed, his parents were separated and when they'd been together, there had been plenty of physical and mental abuse. He was bullied, they concluded, which had caused him to be a bully and want to kill others. Perhaps he was jealous, they said, jealous of the children's beauty and loving homes. Maybe he had been merely reenacting the violence he had seen depicted in the dime novels, much like psychologists today believe children react to the violence they see depicted on television. Or perhaps he had just been born bad. The truth was, all of the explanations were plausible reasons.

Jesse Pomeroy was not a singular case: following in his footsteps, in 1924, Nathan Leopold and Richard Loeb, teenagers themselves, kidnapped and murdered Bobby Franks just to see what it would feel like. In the 1960s, Mary Flora Bell, together with her friend, Norma Bell, barely children themselves, killed four-year-old Martin Brown, also for the sheer fun of it. In 1983, Cindy Collier and Shirley Wolf, 15 and 14 respectively, prowled condominiums in search of victims they could rob and stab to death. And in 1999, 11-year old Nathaniel Abraham was arrested for the shooting death of 18-year-old Ronnie Greene. They are members of a group that is large and becoming larger.

Although psychologists prefer not to label children and young adults who commit such crimes as psychopaths, they have come up with a pattern of behavior that falls under the umbrella of conduct disorders. These disorders include traits such as the failure to attach meaning to the lives of others, a grandiose feeling of self-importance, cruelty toward others, cruelty toward animals, especially troublesome if starting at a young age, lack of empathy and remorse, lack of friendships, and a propensity for telling lies.

Jesse Pomeroy displayed all of these traits, along with many others. Although he was found guilty for the murder of Horace Millen (and eventually that of Katie Curran) and sentenced to death, his sentence was commuted to life in prison, to be spent in solitary confinement. On September 7, 1876, just three months shy of his seventeenth birthday, he was locked up in the Massachusetts State Prison, in Charlestown, where he grew into adulthood and old age behind the walls of solitary confinement, spending the longest stretch in such a facility, second only to the Birdman of Alcatraz.

"The Wilderness of Ruin" is due to be published by William Morrow, an imprint of Harper Collins, on March 17, 2015.