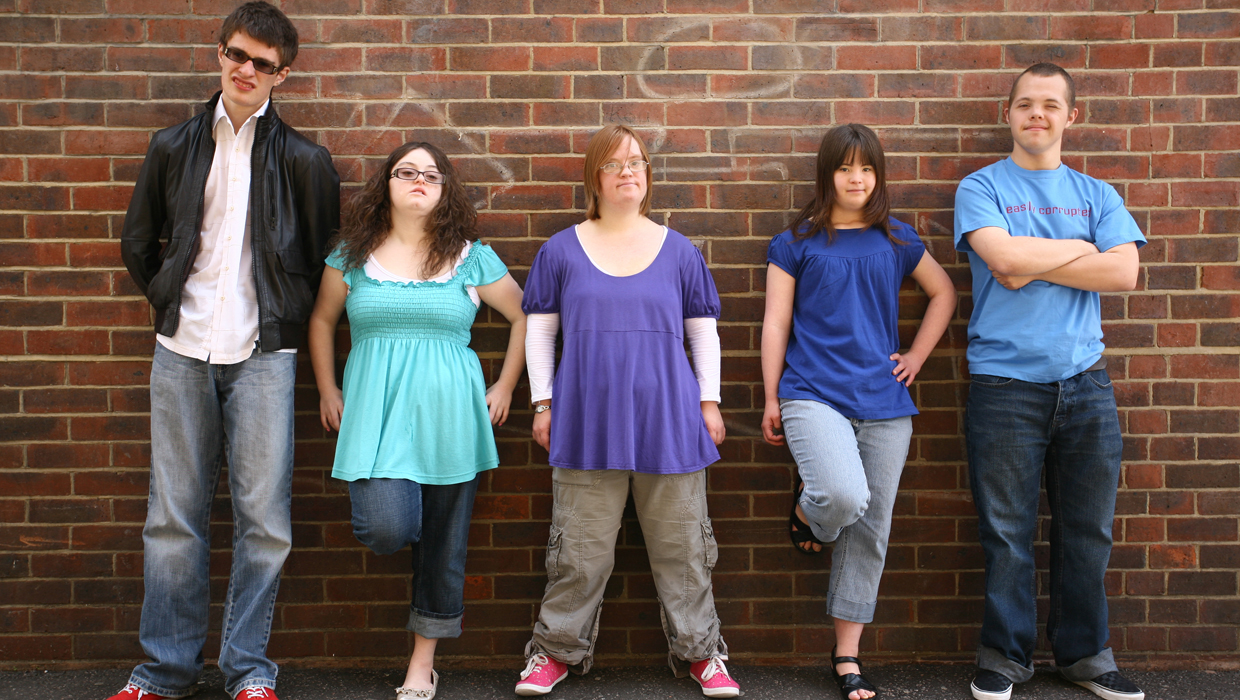 Reality shows: Think you've seen it all before? "The Specials" may surprise you.

A British docu-series that follows five young adults living together in Brighton, U.K., has caught the attention of "Game of Thrones" executive producer Carolyn Strauss and showrunner D.B. Weiss, Rosie O'Donnell and Oprah Winfrey. Season 1 has been available on the Web since 2009, but will air with additional seasons on OWN this Sunday.

What makes "The Specials" so special? Lewis, Hilly, Sam, Lucy and Megan, aged between 19 and 23, have intellectual disabilities (four of the housemates are living with Down syndrome, and one with Williams syndrome -- a neurodevelopmental disorder), but all live in a way that has inspired and defied expectations of viewers around the globe.

The show's slogan is "this is our world and we want to share it with you," and the characters do just that. In one episode Sam, a self-proclaimed ladies man, sings at a karaoke club with his friends. In another, Hilly needs support from friends when a man she's interested in doesn't call her back. Though these events may seem typical for a 20-something, for parents and children familiar with intellectual disabilities, they've been inspirational.

"As a parent of a child with Down syndrome, the thing I want most for my son is to be a part of society. To not be seen as a 'Down's child,' but as Jackson," author Brian Horn of Manvel, Texas, said. "After watching a couple episodes, the fact that they have special needs is almost forgotten. You see each of them for their unique personalities. I can see the same effect my son has on those who come in contact with him. This show can fast forward the way society sees people with DS and other intellectual challenges."

Jenny Dykstra of Tuscon, Arizona, has a son living with Down syndrome and she said the show was an invaluable gift to her. "I shared it with all of my family, and it helped us to see there was nothing to fear," she said.

Rosa Davila of Brockport, New York, saw the series online too: "It brought light and hope and a lot of healing humor. Since then I have had my daughter modeling for a clothes company, produced a calendar and a photographic exhibit for a local Down syndrome chapter and got involved with a few adults with DS."

"The Specials" started online in 2009, funded by creators Katy Lock and Daniel May. The first season of the series won a Webby award in 2010, but shortly after the creators ran out of funds to continue the series.

Unexpectedly, Lock and May received an email from Strauss. The "Game of Thrones" executive producer and former president of HBO Entertainment had seen the series online with Weiss and brought it to executives at OWN, including Winfrey.

The network notes that Winfrey was "really moved" by the series when it was brought to OWN, watching every single episode and getting involved in the creative process as the series was evolved for U.S. television.

The specially modified version of the series will be shown back-to-back on OWN this Sunday, Sept. 7, from 2:30-9 p.m. ET.