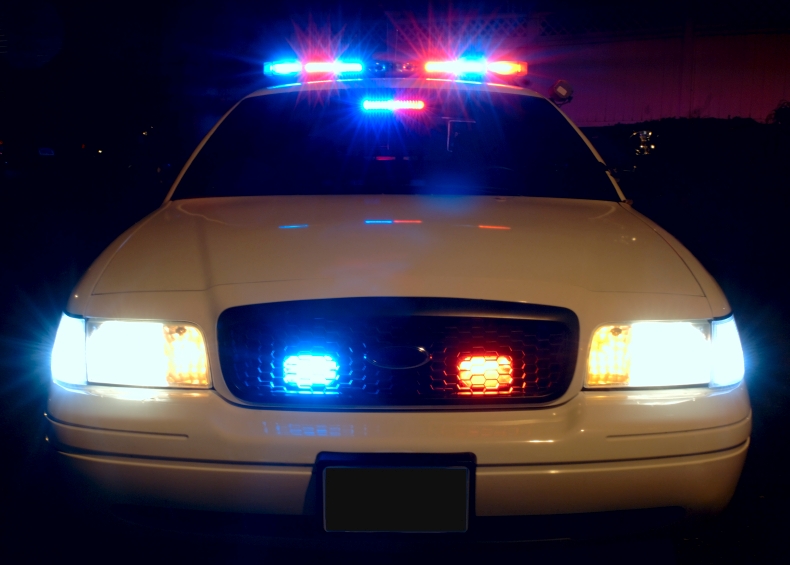 *48 Hours' Crimesider is pleased to announce that we have begun a publishing partnership with The Crime Report, a non-profit criminal justice news site run by the Center on Media, Crime and Justice at John Jay College of Criminal Justice.

At the Houston Police Department, a licensed clinical social worker or caseworker rides along when police answer an emergency call regarding a person presumed to be mentally ill. Some 30 of those ride-along professionals now work out of that department's relatively new Mental Health Division.

The teams in those two cities reflect an innovative approach to handling police encounters with mentally ill persons that is picking up traction around the country.

The U.S. Bureau of Justice Assistance (BJA), which supports the Houston and Madison initiatives, is also monitoring other BJA-supported "specialized police response" demonstration sites in Los Angeles; Portland, Maine; Salt Lake City, Utah; and the University of Florida. Together, the six pilot programs are expected to provide new law enforcement tools and techniques aimed at steering mentally ill persons suspected to be lawbreakers toward medical treatment whenever that's deemed more appropriate than locking them up.

"It takes a set of skills that often is very different--sometimes even opposed to--the skill set that officers would apply to calls for service where a crime has been a committed. Coming onto a scene, even a police uniform can create unnecessary conflict ... involving someone with a mental disorder," said Gerard Murphy, deputy director of the Council of State Governments Justice Center National Initiatives division.

Jails and the Mentally Ill

The six programs are operating at a time when several recent studies shed new light on an old reality: Jails and, to a lesser extent, prisons, continue to function as holding facilities and sometimes as treatment centers for persons who aren't getting--or aren't submitting to--community-based medical treatment.

Lt. Robert Henry, who supervises the Harris County Sheriff's Office crisis intervention response teams, plucked one example from what he says is a flurry of real-life tales of mentally troubled individuals that his Houston-based agency has catalogued.

There's "the person who put the TV in a cart at Walmart, didn't try to hide that fact and walked straight out the door with the TV," Henry said. "When the sales clerk caught up with him, he said 'I'm receiving satellite communications from God. This TV doesn't belong to you.'"

Henry continued: "In the past, we threw that person in jail. We focused on the criminal component of the event, rather than looking at the person ... He's got an active diagnosis of schizophrenia and bipolar disorder. And it used to be that after we arrested that person, and then let that person out of jail, we'd say just 'Good luck.'"

Instead, law enforcement officers and health workers who form a front line in jail diversion programs are now fulfilling their respective duties in tandem.

The officer, for example, does a criminal background check, while the ride-along counselor, social worker or caseworker is trolling his or her laptop for medical records and signs of where medical treatment fell apart.

Whether a crisis team rolls out depends mainly upon answers to the standard questions posed by 911 dispatchers, which are designed to assess the mental stability of individuals who are the subject of emergency calls.

While not new, crisis teams have gained popularity.

Now-retired Memphis Police Department Maj. Sam Cochran developed the University of Memphis-based Crisis Intervention Training Center and is largely credited with being a driving force of crisis intervention, beginning in the 1980s.

"When an officer and a clinician arrive at someone's home or someone's scene, they are very empathetic. They are not charging in. It's not uncommon for an officer and clinician to sit at dining room table to talk [a distressed person] through it for an hour and a half. No one needed an arrest warrant. They needed someone to listen."

Since 2011, 990 of the 7,699 emergency calls to Harris County sheriff deputies that involved persons with mental illness who could have been charged with a crime, arraigned and possibly faced trial, resulted instead in those persons being diverted into treatment and not charged, department data show.

Another example: the Houston Police Department cites the case of one chronically mentally ill man with schizophrenia on whom the county had spent $142,241 over the course of 18 arrests, 32 separate contacts with the police, 12 separate psychiatric clinic admissions, and jail and prison stays that, combined, lasted for about eight months.

After two years in the diversion program, which hinged on medical oversight and other support services he received in a personal care home, that figure dropped to zero, the department reports. A former college scholarship athlete, the individual eventually enrolled in junior college, finished barber's college, and was preparing to take his barber-licensing exam.

The Need for Better Police Training

With that in mind, in 2010, the Council of State Governments issued Improving Responses to People with Mental Illness: Tailoring Law Enforcement Initiatives to Individual Jurisdictions, a report commissioned by the Bureau of Justice Assistance.

The report recommended that officers whose primary assignments do not involve crisis work be aware of the network of social and other support services often required to keep mentally ill persons out of the criminal justice system. Most persons with mental illness take their meds and manage reasonably well day to day, but for those who are at risk of becoming involved with law enforcement, officers should summon those with proper expertise in dealing with them.

"We're not training people to be diagnosticians," said Capt. Kristen Roman, community outreach commander in Madison's police department. "But we are at least trying to get them an understanding of what these illnesses look like.

"What are our processes? What are the things that, as police officers, we can do? What are the statutes that guide involuntary hospitalizations or, as we call them, emergency detentions?"

"You can have all the training in the world, but if you don't have adequate treatment services in the community, what are you going to divert them to?" asked Slate, a National Alliance on Mental Illness board member who manages the bipolar disorder with which he was diagnosed in 1986 through healthy living and medication. He himself was jailed briefly prior to that diagnosis.

"The problem in all of this is (that) the system that cannot say 'no' [is] the jail system. It's still true that, in many places, officers often find it more expedient to take someone to jail rather than to a hospital or crisis stabilization unit.

"They realize some private hospitals won't take these individuals in without insurance or if they've been violent in the past or are substance abusers, too, which sometimes is the case."

Observers agree that the diversion system is far from perfect.

Harris County's Henry keenly recalls a woman with a history of mental illness whom he thought he'd gently persuaded to lay down the weapon she'd turned on herself.

"She looked at me, smiled, then pulled the trigger," said Henry, whose book-in-progress, Protecting Both Sides of Badge: When Mental Illness and Law Enforcement Collide, aims to be a guide for law enforcement officials and families of justice-involved people with mental illness.

While there are tragedies in this line of interventionist policing, there are also examples of what counselor Macleod from the Harris County's mental health agency describes as attainable success.

"The politicians want to hear the data [about outcomes and cost-savings]," she said. "But real people in the community--myself included--want to hear about how all of this impacts individuals.

"Here's what I see: There was a specific individual living in an abandoned home, disowned by her family [who was] very, very mentally ill. Many people, many times, had called the police on her because they were concerned and afraid.

"Instead of arresting her, we were able to ... eventually get her into services. She stabilized on medication. An optometrist got her eyeglasses. An endocrinologist helped with her unmanaged diabetes, taught her about maintaining good nutrition, and how that helped with her medications.

"She actually got her own apartment and started taking Spanish lessons.

"The big thing in most of these individuals' lives is just to have a case manager available for them because so many, over their lifetime of having a diagnosis, had come in and out of their lives but not been much help."

This article originally appeared in The Crime Report

R. Kelly suing prison after lawyers say he was placed on suicide watch
Thanks for reading CBS NEWS.
Create your free account or log in
for more features.
View CBS News In
CBS News App Open
Chrome Safari Continue
Be the first to know
Get browser notifications for breaking news, live events, and exclusive reporting.