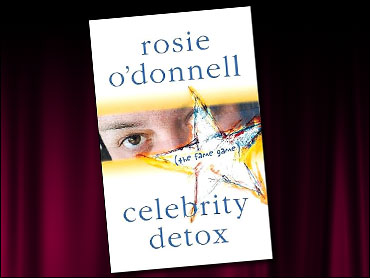 "The Heartbreak Kid" is a new comedy from the Farrelly Brothers starring Ben Stiller who plays a perennial bachelor. He finally takes the marriage plunge with a woman who turns out to be far from normal. But on the honeymoon, he meets a new woman who could be his perfect match.

"Michael Clayton," played by George Clooney is a fixer at one of New York's biggest corporate law firms. Frustrated by the job, his divorce, a failed business venture and growing debt, Clayton finds himself with few options. A new case presents him with even bigger challenges.

"Grace is Gone" starring John Cusak who dreamed of a great military career but was thwarted by poor eyesight. But he marries a woman who becomes a sergeant and goes off to war in Iraq leaving him to raise their daughters. When bad news comes from overseas, he has trouble telling his daughters so he takes them on a spontaneous trip to the Enchanted Gardens Theme Park.

If you are a Bob Dylan fan, pick up the 2007 3-CD Deluxe Edition of "Dylan" which includes hits like "Blowin' in the Wind," "Knockin' on Heaven's Door," "Tangled Up in Blue" and "Hurricane."

Another American music legend, Bruce Springsteen, is releasing a new album "Magic" with his E Street Band. The first single "Radio Nowhere" is already at hit.

Photos: Born in the USA

"Exile on Mainstream" marks the return of 1990s hitmakers Matchbox Twenty. This two-disc album features new tracks as well as 11 of the band's hits.

This fall, "Friday Night Lights" will actually air on Fridays. The high school football drama will return this Friday at 9 p.m. EDT on NBC with its second-season premiere.

Bravo is giving latecomers a chance to catch up with past episodes of "30 Rock" with a mini-marathon. It's the perfect warm-up to the show's second season premiere, 8:30 p.m. Thursday on NBC, with Jerry Seinfeld as guest star.

Starting Monday at noon, the DIY network's daily "Witching Hour" will help you get a head start on Halloween costumes, decorating and party ideas. This ghoulish initiative begins with a five-part series, "Witch Crafts," with co-hosts Cathie Filian and Steve Piacenza providing instruction on costume-making for both adults and children. There will also be how-to tips on party-giving.

"Artland" is back for a second season of showing how American art just might be the most freewheeling, vital and diverse on the planet. The series premieres 8 p.m. Thursday on Voom's Gallery HD cable channel.

"Celebrity Detox: The Fame Game" by Rosie O'Donnell chronicles her troubled childhood and rise to fame. The comedian and former "View" host pulls no punches.

"Be the Pack Leader: Use CESAR'S WAY to Transform Your Dog . . . and Your Life" by Cesar Millan and Melissa Jo Peltier takes his principles of dog psychology and shows the reader how to become a pack leader.

The classic Disney cartoon "The Jungle Book" is being re-released. It is the last feature produced under Walt Disney's personal supervision.

In "Fantastic Four: Rise of the Silver Surfer," starring Ioan Gruffudd, Jessica Alba, Chris Evans and Michael Chiklis, Marvel Comics' heroic foursome returns. This time the heroes must face the Silver Surfer who is determined to destroy the Earth.

"Mauritius" opens Oct. 4 at Broadway's Biltmore Theatre. It's the story of two half-sisters who are trying to figure out what to do with their late mother's rare stamp collection.