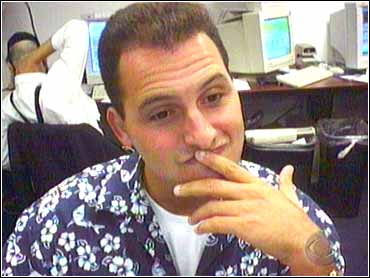 Some experts consider day trading to be the latest form of compulsive gambling.

The roller-coaster excitement and the chance to make a fast buck are luring more people to day trading firms. But as 48 Hours Correspondent Susan Spencer reports, the desire for quick cash may leave inexperienced traders with a depleted bank account.

At trading firms like edgetrade.com in New York City, customers don't need a stockbroker or a financial adviser to play the market. All they need is a careful eye and a quick finger.

For 28-year-old Kenny Glick, luck has little to do with success in the stock market.

"I'm making money," he says. "That's the bottom line." Glick says that during this April's market downturn, he did very well.

Glick typically makes up to 40 trades in a single day. And like all day traders, he almost never holds on to a stock overnight.

"I can tell you what a stock's going to do 40 minutes from now then where it's going to be 40 days from now. And that's what day trading is all about," he says.

The mood at the office where Glick trades is serious, but perhaps not as tense as you might expect, given a national study of day trading. That study found that 70 percent of day traders actually lose money.

"Only 12 percent of them have the potential to make money," says Peter Hildreth, who works for the North American Securities Administrators Association, a watchdog group of state regulators that commissioned the study.

"It's unfortunate that it sometimes takes a tragedy like what happened in Atlanta to focus national attention on an issue or a problem," he says.

The group released its findings just weeks after trader Mark Barton shot and killed nine people at two Atlanta day trading firms in 1999. He had lost hundreds of thousands of dollars.

"The day traders may not even know what the company is. They're just buying a symbol going across the computer screen," says Hildreth.

"They're betting that that stock is going to go up in the next two minutes," he says.

"That's not how I trade," Glick maintains. "If the stock's going my way and the trend in my favor, I'll hold on to the stock for hours."

But even Glick concedes that day trading is not investing but he insists, it's not any more of a gamble. "The stock market since its existence has been a gamble," Glick argues.

Edgetrade.com requires all its clients to take a three-week course.

Glick says there is a learning curve with day trading. "I had the losing days; they're behind me now," he says. "I make money 80 percent of the time. Call that a gamble?"

"You couldn't tear me away from it," observes Steve Mather, a computer consultant in Tampa, Fla., who started day trading on the side.

"The market bell rings in the morning; you're waiting for it," Mather says. "You almost salivate....It's a seven-and-a-half hour drenaline rush."

Day trading isn't the only form of gambling that interests Mather: He also enjoys betting at the dog track. But there's nothing that compares to the thrill of day trading, he says.

"It is addictive," Mather says. "It's hypnotic....You honestly can't step away."

But Mather soon decided he had to step away. "What made me stop was my day job," he says.

Mather's experience has led him to create a Web site, www.stockchicken.com, designed to help others avoid his mistakes. "There's bulls, there's bears, and then there's us chickens," he jokes.

But don't count Glick among them. Forget the statistics or the odds; he's convinced he's got a system.

"I've learned to make money," he contends. "Why should I walk away until I get to a point where I feel it's time to walk away?"

The whole thing mystifies his parents, schoolteachers of modest means.

"I have no idea how much money he makes on a day-to-day basis. I have no idea what he's coming home with," says his mother. "He just tells me, 'Don't worry.'"

"He could lose it very quickly…if he pushed the wrong button," his mother Barbara Glick says. "I'm just worried about him getting sick physically because of the stress….It is a stressful job."

While Kenny Glick acknowledges that he can't see as well as he used to and that he has had stomach pain, this day trader won't quit until he's a rich man.

"I just want to go in tomorrow and make money," he says. "That's all I really care about at this point."

"I'd like to accumulate $2 million," he says. "At one point it was a million. But now, what's a million dollars, right?"

Gambling With Your Life: Main Page

The Station nightclub fire: What happened and who's to blame?

Jasmine Hartin's Shot in the Dark

#LindasStory
Thanks for reading CBS NEWS.
Create your free account or log in
for more features.
View CBS News In
CBS News App Open
Chrome Safari Continue
Be the first to know
Get browser notifications for breaking news, live events, and exclusive reporting.