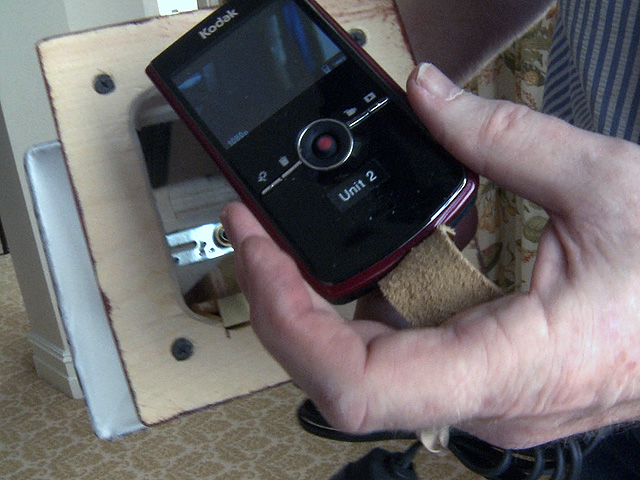 These days, a hidden-camera interview isn't something 60 Minutes does often. Our bosses believe that this reporting technique is only justified in special circumstances, and as you'll see in this week's Overtime video, it's also exceedingly difficult to pull off.

But Scott Pelley's story this week on stem cell scams was the perfect reason to dust off our arsenal of potted-plant cameras.

"This is a classic sort of 60 Minutes story that's been done around here for more than 40 years," Pelley told us. "The person you've been investigating walks into the room and finds out, quite to his surprise, that he's on 60 Minutes."

In this case, the person under investigation was an Alabama doctor named Dan Ecklund. His medical license was revoked in 2005, but that didn't keep him from starting a company in Ecuador to peddle stem cell treatments online as a fraudulent cure-all for incurable diseases.

After months of investigation, Pelley and his team decided to surprise Ecklund in a Florida hotel suite and record the interview with cameras hidden throughout the room.

"It was the only way that Dr. Ecklund was ever going to do an interview with us," Pelley said. "We have all of these questions that need to be asked, and we felt it was terribly important that we have an opportunity to sit down and ask him."

So, producers Michael Rey and Oriana Zill spent two days in the hotel suite with a team of undercover camera specialists, carefully rigging the room with small cameras and developing a plan. (If you've watched any mobster movies, you won't be surprised by the lamp cam in this video.)

Ecklund came to the suite expecting to meet with a family seeking his medical help for their son with cerebral palsy. Soon after Ecklund arrived, Pelley emerged and said, "I'm Scott Pelley from "60 Minutes."

Although the cameras were hidden, Pelley immediately informed Ecklund he was being recorded.

"If he'd walked into a room with television cameras in it, he wouldn't have stayed," explains Pelley.

At that point, the team didn't know what Ecklund would do. Would he run? Would he stay and explain himself? To see a breakdown of the action and a hidden-cam tour, check out this week's behind-the-scenes video, produced by David Rubin.