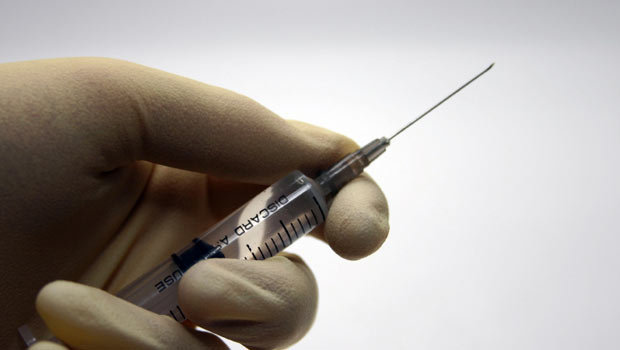 The tragic death of little Elias Tembenis is yet another vaccine injury case you probably won't hear much about. Yet some medical experts believe it could teach us something about how to make vaccination safer.

It could also add to the limited body of knowledge as to why the vast majority of kids are vaccinated safely, but a minority become seriously ill, brain-damaged or even die. Still, government officials have said they have no plans to study cases like Elias': cases that victims are winning against the government in the little-known federal vaccine court.

According to court and medical records, Elias was born on Aug. 23, 2000 and appeared healthy until Dec. 26 when he received his second dose of DTaP vaccine. His parents noticed some swelling around the injection site. According to court records:

"Early in the morning on December 27, 2000, Elias's parents found himseizing in his crib and took him to the emergency room ("ER")...Within one day, he developed a fever, which led to a complex febrile seizure. Subsequently, Elias developed epilepsy. This fact pattern is commonly seen in the Vaccine Program."

According to court records, after the DTaP reaction, the once-healthy baby ended up with debilitating medical problems, including features of autism, ear infections and developmental delay. His parents first filed their case as one of the "omnibus" group of autism cases to be heard in federal vaccine court.

According to those familiar with the case, the couple felt their chances of winning with the autism cases was slim because the idea of a link between vaccines and autism is so controversial. So they separated their case from the autism group and filed on the basis of their son's epilepsy and seizures.

They recently prevailed in court. It's one more example where vaccine-injured children who end up with autism are quietly winning their cases, but only when they focus on the more general argument of seizures or brain damage rather than autism.

Some victory. On Nov. 17, 2007 Elias' illnesses became to much for him. The little seven year old boy died. If the right people bothered to study the medical details of the case, they might learn something about why Elias got so sick from his vaccines, and how to identify ahead of time what babies might have the same problem. The former head of the National Institutes of Health, Dr. Bernardine Healy, has said such study would actually protect the integrity of the vaccine program, rather than threaten it (as she says many government officials fear). So far, though, no takers. Elias' case becomes quietly filed away in vaccine court archives with nearly 1,300 other vaccine brain injuries-none of them apparently being pooled for study. An undetermined number of them, like Elias', involving autism diagnoses.

What made these children get sick? Why couldn't they tolerate their vaccines when most kids can? Unanswered questions.

Read both sides of Elias' case, including the government's argument against it.