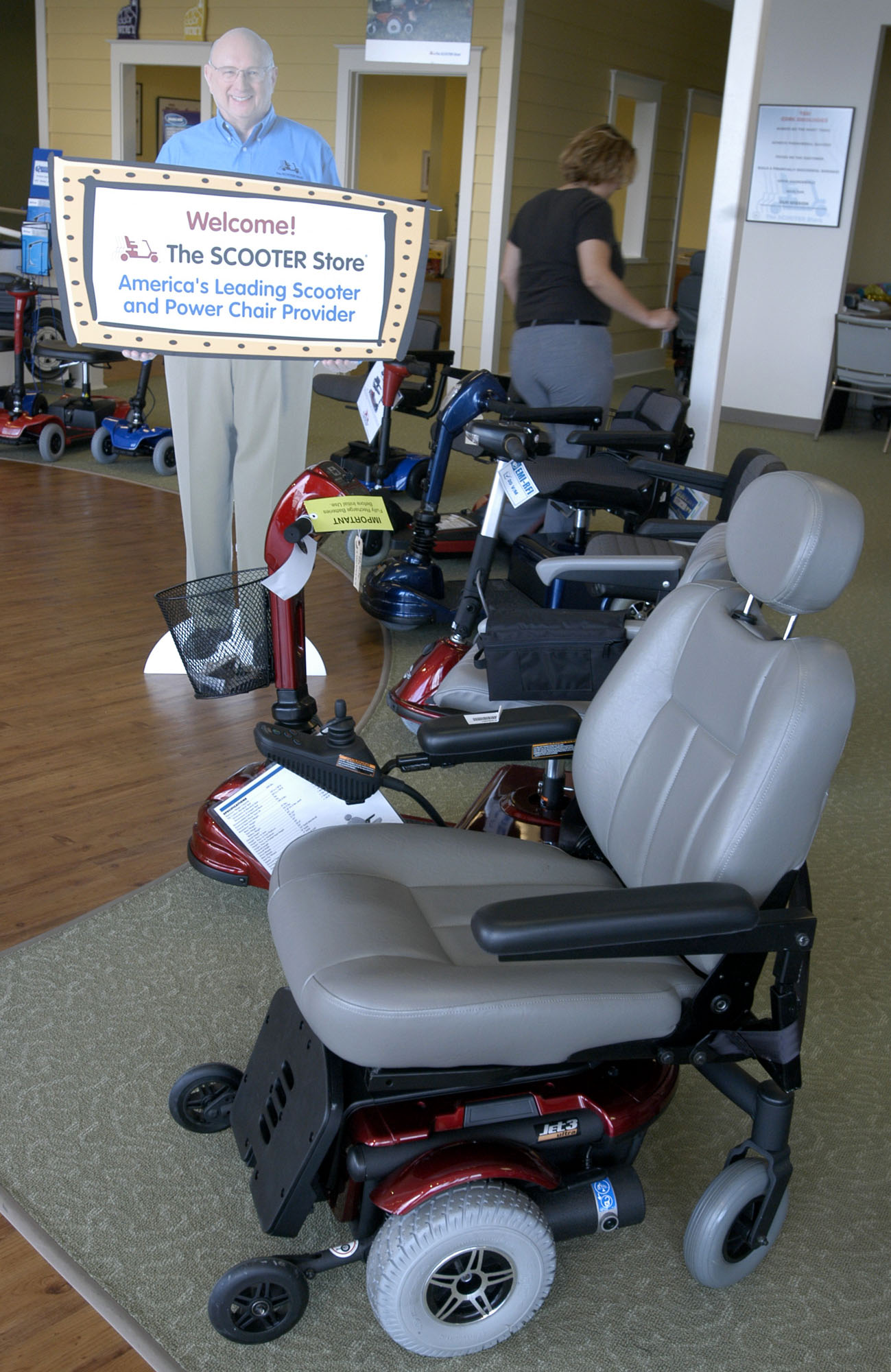 NEW BRAUNFELS, Texas A Texas-based company that sells wheelchairs and motorized scooters to people with limited mobility announced Friday that it is shutting down for good, following federal scrutiny over its advertising and billing and a CBS News investigation that shed light on questionable practices.

The SCOOTER Store, which filed for bankruptcy protection earlier this year, plans to phase out operations and furlough its remaining 370 employees and managers, the San Antonio Express-News reported, citing a company statement. The decision came from the company's board of directors.

The company's announcement comes after the U.S. Centers for Medicare and Medicaid Services notified The SCOOTER Store that it would lose its federal contract for reimbursement of the sale of its products, effective Oct. 26. The federal decision "effectively eliminates" its ability to sell its assets in a Chapter 11 reorganization, so it will liquidate, the company said in its statement to the Express-News.

The SCOOTER Store was one of the industry's leading companies, with TV ads promising freedom and independence to people with limited liability. But critics say the ads convince some seniors that they need a scooter to get around when many don't.

Some members of Congress say the ads lead to hundreds of millions of dollars in unnecessary spending by Medicare, which is only supposed to pay for scooters as a medical necessity when seniors are unable to use a cane, walker or regular wheelchair. According to congressional testimony, Medicare accounted for about 75 percent of The SCOOTER Store's revenue.

In January, salesman Brian Setzer and three other former SCOOTER Store employees told "CBS This Morning" that the company's strategy was to "bulldoze" doctors into writing prescriptions, so people would get the chairs, whether they needed them or not.

"They were just pushing harder and harder to get chairs sold," said Setzer, who later became a federal witness.

After a doctor has written a prescription, Medicare rarely checks whether the chairs are necessary. A report from the Department of Health and Human Services Inspector General found that industry-wide, 80 percent of Medicare payments for power chairs are made in error, with most going to people who don't need them or lack proof they need them.

From 2009-2012, government auditors found The SCOOTER Store overbilled Medicare by as much as 108 million dollars.

Three former employees of The SCOOTER Store also told "CBS This Morning" the company also ranked doctors based on whether they'd prescribe chairs, and that it had a program specifically to get chairs for people that physicians had already deemed ineligible. Setzer said incessant phone calls and visits wore doctors down.

"They pushed the doctors so hard that they didn't want anything to do with you," he said.

Allegations of Medicare fraud within the industry go back nearly a decade.

The U.S. Justice Department sued The SCOOTER Store in 2005, alleging its advertising enticed seniors to obtain power scooters paid for by Medicare, and the company then sold patients more expensive scooters that they did not want or need. The SCOOTER Store settled that case in 2007 for $4 million.

As part of the settlement, The SCOOTER Store was subject to periodic government reviews. In 2011, the latest review available, government auditors estimated that The SCOOTER Store received between $47 million and $88 million in improper payments for scooters. The company said the government's estimate was flawed and that it was willing to repay $19.5 million in overpayments.

In February of this year, dozens of law officers raided the company's headquarters in New Braunfels.

That city later sued The SCOOTER Store to get back more than $2.6 million in job-creation incentives awarded to the company.

Finally, in April, The SCOOTER Store filed for Chapter 11 bankruptcy protection and laid off 1,500 employees

A message left with the company by The Associated Press was not immediately returned Friday night.