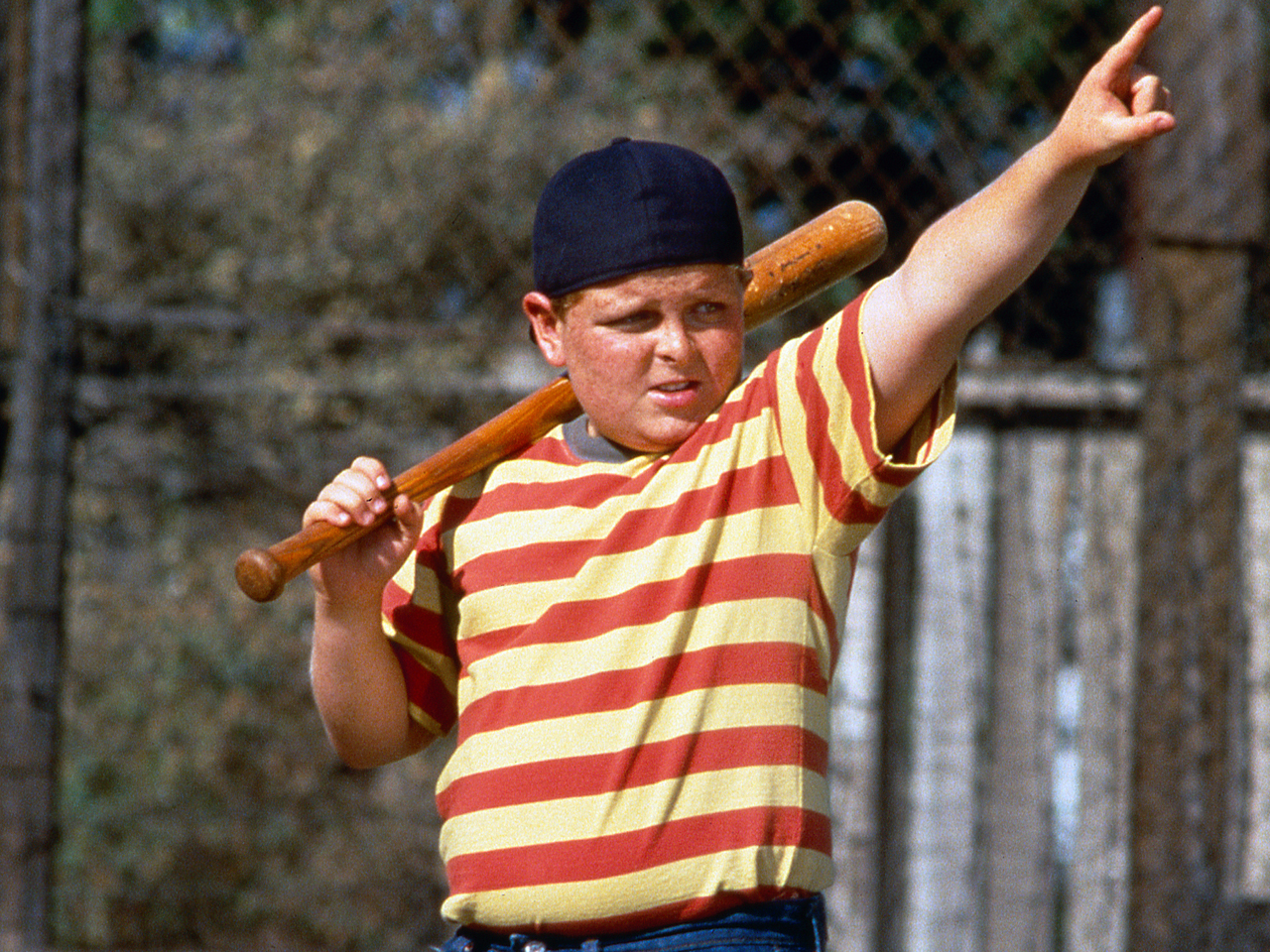 You're killing me, Smalls!

Some of the cast members of the 1993 summer baseball classic "The Sandlot" teamed up on Saturday to celebrate the 20th anniversary of the film's release.

Notably absent from the reunion were Tom Guiry, who played the main character Scotty "Smalls," and Mike Vitar, who played the team's star player, "Benny the Jet" Rodriguez. Vitar retired from show business in the late 1990s and has since become a firefighter in Los Angeles.

Actors who were on hand in Salt Lake City (where the film was shot over two decades ago) for the reunion included Patrick Renna ("Ham"), Chauncey Leopardi ("Squints") and Shane Obedzinski, who played "Repeat" in the film. "The Sandlot" writer and director David M. Evans was also at the Utah ceremony honoring the film's shooting location, with more than 12,000 fans in attendance. Evans also took the time to propose to his girlfriend at the reunion (she accepted).

ESPN posted a photo on Twitter from the event:

Renna and Leopardi also posted shots from the reunion. Even with the passage of time, both men still bear strong resemblances to how they appeared in the film:

Co-starring Karen Allen and James Earl Jones, "The Sandlot" wasn't a huge blockbuster at the box office when it first opened in theaters. It wasn't until it was released on home video when young viewers then latched on to the film's sweet-natured tale about a group of neighborhood kids who love to play baseball.

"The Sandlot" has since spawned iconic catchphrases like "for-ev-er" and "you're killing me, Smalls!" and is fondly remembered by a generation of fans who grew up watching the film.

Even though he didn't attend the Salt Lake City reunion, Guiry did speak to the Huffington Post in April to explain why he thinks the film has had such an impact on viewers.

"I think what it does is it brings people back to a time in their lives that it was fun and kind of innocent," Guiry said. "They didn't have to worry about bills and work. It was a carefree time of everyone's life. It's fun to watch people reminisce about it."

Fans shouldn't fret if they've missed the Salt Lake City event as they'll still have a chance to join in on the fun. Evans and his actors are in the midst of a "Sandlot" reunion tour across the nation, which will continue in select cities and wrap up on Sept. 21 in Lawrenceville, Ga. A list of upcoming cities and dates can be found here.

Tell us: Did you grow up watching "The Sandlot"?