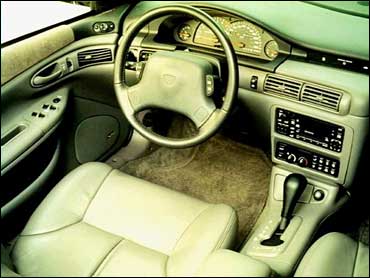 The number of children dying in car accidents from airbag deployment is declining. And beginning Monday, automakers will phase in advanced airbags that activates according to the size of the person sitting in the car.

But, Ellen Engleman, the Chair for the National Transportation Safety Board, says it's still important to remember that children should sit in the back seat.

Even with new car safety technologies, the safest place for children 12 and under will continue to be in a rear seat, properly restrained, according to Engleman.

While air bag deaths are declining, the government says 15 percent of infants and 29 percent of four- to seven-year-olds still ride in the front seat, which isn't safe.

The Insurance Institute for Highway Safety says the most common fatal crashes are frontal impacts, accounting for 50 percent of passenger vehicle occupant deaths.

The lives of more than 1,700 children have been saved since 1996 solely because they were sitting in the rear seat, according to a new analysis by the Air Bag & Seat Belt Safety Campaign.

But for children who are placed on the front seats of cars, Engleman says, the new airbags will be less damaging for children.

Starting Labor Day, September 1, 20 percent of all new motor vehicles sold in the U.S. must be equipped with advanced air bag technologies, and by September 1, 2006 the requirement will apply to all new light trucks and cars.

The new standard results from a Congressional mandate in 1998. Advanced air bag technologies vary, but in their simplest forms suppress or reduce the deployment force of the air bag.

Giffords trying to get pregnant when shot: Book