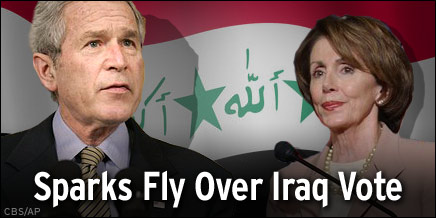 Donald Rumsfeld, George W. Bush's nominee for secretary of defense was appointed assistant to the president by President Gerald Ford on September 27, 1974. In this capacity, he served as a member of the Cabinet, director of the White House Office of Operations, and coordinator of the White House staff. Previously, he headed President Ford's transition team in August of 1974.

He recently completed service as chairman of the U.S. Government Commission to Assess the Ballistic Missile Threat to the United States.

From 1991 to 1996, Rumsfeld served as a member of the board of directors of Amylin Pharmaceuticals. Rumsfeld was chairman and chief executive officer of General Instrument Corporation from October 1990 to August 1993 and served as a senior advisor to William Blair & Co., an investment banking firm, from 1985 to 1990. He was chief executive officer of G.D. Searle & Co. from 1977 to 1985.

Rumsfeld became active in government in 1958 when he worked as administrative assistant to Congressman Dave Dennison of Ohio. In 1959, he became a staff assistant to then Congressman Robert Griffin of Michigan. From 1960 to 1962, he was with the Chicago investment banking firm of A. G. Becker and Company.

In 1962, he was elected to the United States House of Representatives from the Thirteenth District of Illinois to serve in the 88th Congress. He was re-elected by large majorities in 1964, 1966 and 1968.

In the Congress, he served on the Joint Economic Committee, the Committee on Science and Aeronautics, and the Government Operations Committee, as well as the Subcommittees on Military and Foreign Operations. He was also a co-founder of the Japanese-American Inter-Parliamentary Council.

Rumsfeld was married to the former Joyce Pierson of Wilmette, Illinois in 1954. They have two daughters, Valerie (19) and Marcy (15), and a son, Nicholas (8).