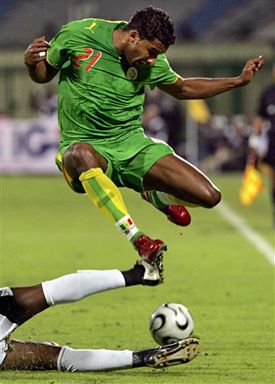 Legions of Big Ten heartlanders raised on dreams of roses, parades and Pasadena are due for an attitude adjustment.

The fabled Rose Bowl, the granddaddy of them all, has become just another franchised postseason stepchild thanks to the inevitable move toward a true national champion.

Beginning this season, the Rose Bowl will be included in the new Bowl Championship Series joining the Orange, Sugar and Fiesta in taking turns to play host to a No. 1 vs. No. 2 game every four years.

The run for the roses has turned into a chase for the chips. The Tostitos Fiesta Bowl will stage the so-called title game Jan. 4 in Tempe, Ariz. with the Pac-10 and Big Ten safely in the fold. No more will the Rose be its own fiefdom. Traditionalists might cringe, but Gen-Xers like Ohio State quarterback Joe Germaine will be jazzed. The Mesa, Ariz. native grew up five minutes from Sun Devil Stadium.

"If we were lucky enough to make it I'd get a lot of ticket requests," Germaine said. "Everybody in the Big Ten is shooting for the Fiesta Bowl this year as well as everyone in the country. It wouldn't be a disappointment to play in the Rose Bowl but everybody has their sights set higher."

It's a backup role the Rose is not used to playing. For the past 52 winters, a Big Ten team has played in Pasadena. The string might continue this year but not by contract. If either the Pac-10 or Big Ten champion is ranked either 1 or 2, it must play in the Fiesta Bowl. If the top two teams in the country are from the Pac-10 and Big Ten, they'll meet in the Fiesta.

In either case the Rose Bowl then gets the leftovers of the remaining BCS teams. That could be second-place Pac-10 or Big Ten teams or even a Florida State.

"I don't like putting anybody else in the Rose Bowl after being in there," Northwestern coach Gary Barnett said Friday during Big Ten media day. "I'm selfish. I think the Big Ten and Pac-10 had one heck of a deal going. But it's probably not the right thing to do to keep it to ourselves."

Sad but true. In fact, if the Big Ten's two national title contenders -- Ohio Stte or Michigan -- end up playing in the Rose Bowl on Jan. 1 the season might be considered a failure. The Buckeyes and Wolverines will not have achieved their stated goal to win it all.

A Big Ten team has finished either 1 or 2 in the final polls in three of the last four years. Ohio State and Michigan gave the traditional Rose Bowl a good sendoff. Ohio State pulled off a last-second victory in 1997, beating Arizona State 20-17. Michigan won its first national title in 50 years by beating Washington State 21-16 last January.

"In '98, there's no Charles (Woodson), no rings. Nothing," Michigan senior safety Marcus Ray said. "Let's start over and keep the ball rolling. You can't rest on your laurels."

The Rose, Pac-10 and Big Ten felt compelled to join the BCS, in part, because they had been left out of the national championship mix in the past. Penn State went undefeated in 1994 and didn't have a chance to play for the title. Michigan ran the table last year and had to share a championship with Nebraska.

"We've got to make this work," said John French, the Rose Bowl's executive director. "We don't want to be around in four years worrying about a playoff."

For the moment, the Rose's inclusion into the BCS puts a playoff on the back burner. The BCS partners are committed through the middle of the next decade. In theory, every Division I-A team in the country starts out with a chance to play in one of the BCS bowls that will pay between $11.5 and $12 million this season. The champions of the Big 12, SEC, ACC, Big East, Pac-10 and Big Ten along with two at-large teams will take up the eight spots.

The Rose Bowl will have to wait until after the 2001 season to play host to the 1 vs. 2 game. Until then, it could conceivably still get Pac-10 and Big Ten teams -- not champions -- each year. But it just won't be the same.

"I'm going to miss the fact that the champion of Big Ten may not play in the Rose Bowl," Iowa coach Hayden Fry said. "That bothers me. On the other end, I feel like we're closer to determining who really is No. 1. We're the only sport in intercollegiate athletics that doesn't determine its champion."

It's all about computer rankings and strength of schedule in the BCS. The folding in of the Rose Bowl was the latest example of the homogenization of the game. Even the Rose Bowl itself caved in to title sponsorship this year. A well-known phone company will bring you more than half a century of tradition to you on Jan. 1.

It's much more pleasant to talk about on-field matters. The Buckeyes, CBS SportsLine's preseason No. 1, are gunning for their first title in 30 years. Their biggest nemesis, Michigan, has been largely responsible for holding them back. Ohio State has finished first or second in the Big Ten each of the last six seasons. But coach John Cooper is 1-8-1 against the Wolverines.