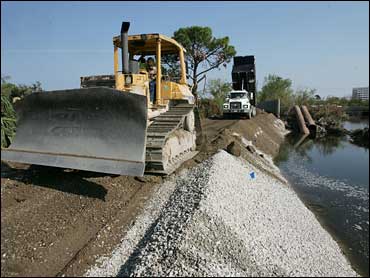 This column was written by Jim Sleeper.

Excuse me, but we've been here already. Before our Compassionate Conservative-in-Chief bumbles any further toward diverting billions of dollars from the existing budget to create "enterprise zones" and an "ownership society" in the Gulf Coast for people who didn't invest their wealth justly in the first place, he — and liberals, too — might study how New York City rose above devastation as bad as New Orleans' before September 11. Only hard-won syntheses of left and right got New York beyond the old shouting matches in which each side was right only about how the other was wrong.

The Reverend Johnny Ray Youngblood of St. Paul Community Baptist Church in East New York feels the stakes with special intensity. He remembers Hurricane Betsy smashing through his New Orleans neighborhood in 1965, killing 75 and doing today's equivalent of $8 billion in damage. He remembers "a sense of déjà vu" in east Brooklyn in 1980, when he and others began organizing East Brooklyn Congregations and sister organizations that have built more than 4,000 "Nehemiah" homes there and in the Bronx and Queens. And I remember writing about their organizing in those dark, early years, as Samuel G. Freedman, William Greider, and others have done in books since.

New York City owned more than 100,000 vacant housing units in 1980. It had lost 500,000 in population from its 8.2 million peak in the late 1950s. Whole neighborhoods seemed abandoned to junkies and empty lots. Looting during the 1977 Con Edison blackout was still fresh in memory. As the annual homicide rate approached more than 2,500, infants were gunned down in the crossfire of warring gangs. As early as 1968, a visiting Boston mayor, Kevin White, had made the Times' quote of the day by sputtering that he'd seen "the beginning of the end of our civilization" in east Brooklyn.

Today the city owns fewer than 2,000 vacant units. Its population is back up toward its peak. Homicides are below 600 a year. But before we conclude with conservatives that public bureaucracy and corruption were the problem and that Rudolph Giuliani and free markets were the answer, let's hear what Youngblood and his fellow organizers affiliated with the national Industrial Areas Foundation (IAF) have learned in fighting to get public officials, bureaucrats, bankers, and real-estate operators who'd run their neighborhoods to behave as constructively and respectfully as the low- and moderate-income black and Hispanic residents who confronted them.

Are those organizations faith based? You bet. And they believe in private homeownership. They know that even neighborhoods that seem drained of economic and political strength have a critical mass of people with nest eggs and local commitments; Youngblood knows that's true of more exiled New Orleans residents than TV-driven stereotypes incline some to think. As Youngblood's longtime fellow organizer Michael Gecan put it in his book, Going Public, residents need "1) Some relational and institutional support (family, congregation, ethnic group, party, etc.); 2) entry level work at a living wage; and 3) a starter home (with the habit of ownership and the building of equity starting)."

But New York's private markets in the 1980s thwarted such needs. Yes, government regulations didn't help. But housing speculators and even bankers cashed in on fears of racial change and decay by accelerating fears, even torching buildings for the insurance, which was worth more than low-income people's rents. Living wages got harder to find. As Youngblood and Gecan say in a statement on New Orleans, leadership "will need to come from the public and volunteer sectors primarily. The New York rebuilding was not led by the private sector — not market gimmickry. It was local religious and community leaders, top-flight housing people, and key public-sector administrators and elected officials" — including Giuliani, whom I watched embrace Youngblood before thousands in Queens in 1995 as he committed land and subsidies to new, private housing the Queens Citizens Organization was sponsoring.

The postal and transit workers, nurses' and teachers' aides who've managed to buy such homes didn't want to be moved to suburbs. But they had to organize in their church communities to stop or co-opt urban destroyers, some wearing suits, into rebuilding for those who wanted to stay. Yes, they needed well-targeted public assistance — not welfare handouts, but not "big bang" development schemes for stadiums and convention centers, either. "The rebuilding effort [in New Orleans] will cost billions. And the bulk of the money will need to be public money," Youngblood and Gecan say. Remember, they partnered with Giuliani because they had little use for welfare-state Democrats.

If those who tell low-income people to "stop being passive" were to get what they desire, at least as organizations like the IAF would provide it, they would see low-income nonwhites behaving with a discipline, probity, and even a clean anger that would make some banks, corporations, and investors seem irresponsible and even predatory by comparison. "There will be conflict, disagreement," Youngblood and Gecan write. "The New York experience at times felt more like a free-for-all than a coherent strategy. The main thing to remember is that it worked" by sweeping aside "the cheap slogans and failed policies of the left and the right" as their own voluntary sector made the private and public sectors more responsive to people with modest material assets but a mind to work.

Jim Sleeper is a former columnist for The New York Daily News and the author of "The Closest of Strangers: Liberalism and the Politics of Race in New York."