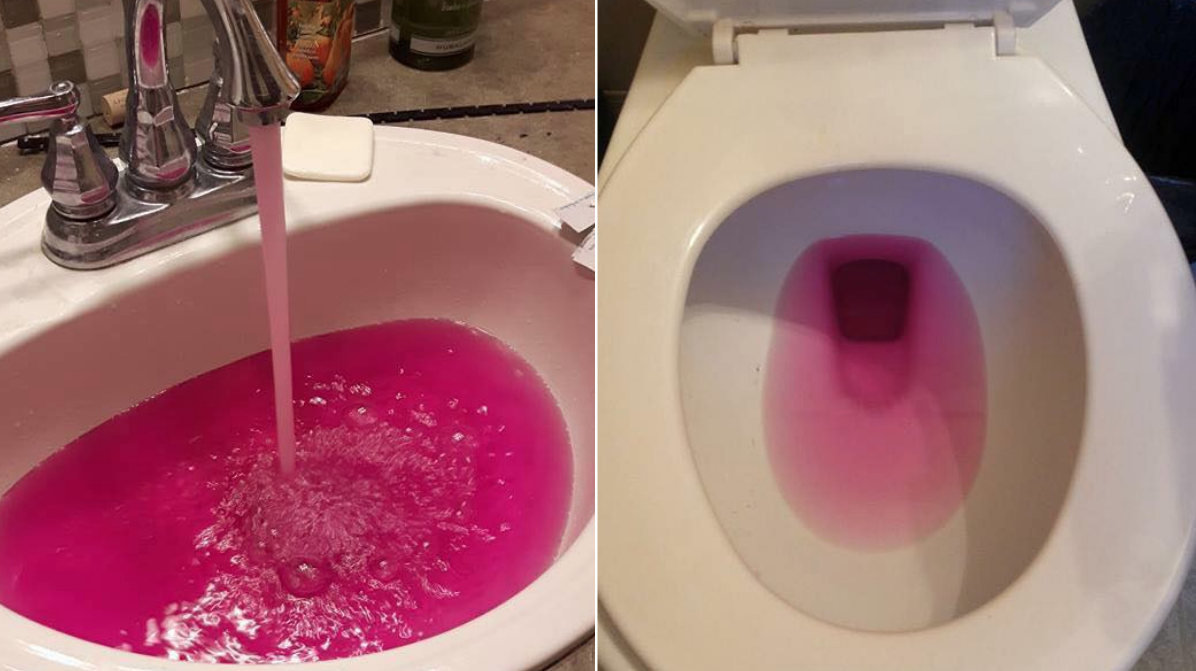 Residents of a small Canadian town woke up to quite a colorful surprise earlier this week: Hot pink tap water.

Complaints and concerns about the water’s odd hue started pouring into the town’s office on Monday, prompting officials from Onoway, Alberta, to investigate.

“This is what just happened in the Town of Onoway,” one local resident posted on Facebook Tuesday afternoon, sharing several photos of the neon pink-colored water in her house. “This is a disaster.”

Onoway’s Mayor Dale Krasnow issued an apology to the town’s 1,000 residents on Monday, and said he would work to assess what exactly happened that led to the strange color.

Krasnow said it appears that a valve may have gotten stuck, allowing potassium permanganate -- a common chemical used for water treatment -- to get into the sump reservoir and thereby into the town’s water distribution system. Potassium permanganate is used to remove iron and manganese from well water. When dissolved in water, it causes a slightly pink tint.

Alberta Environment and Parks (AEP) issued a public advisory to alert residents to the matter, but Krasnow said “all indications are that there was never a public health risk.”

Health officials recommended residents run their taps until the water is clear before using.

On Tuesday, social media users continued to post photos and videos of their pink water.

“My water is broken. Thanks town of Onoway,” said Trevor Winfield, posting a video of pink water running from his faucet. The video went viral with nearly 17,000 views as of Wednesday evening.

But Krasnow assured residents their water would clear up within a few days.

“This is a situation we can certainly learn from and develop a strategy for better response and communication should we ever face the same or similar situation in the future,” he said.