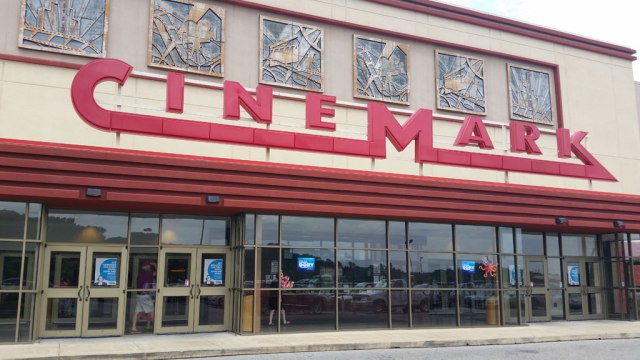 MONACA, Pa. - A Georgia man has been jailed on charges he brought a stolen gun and ammunition into a Pennsylvania movie theater.

Twenty-one-year-old William Gossett, of Covington, was arraigned Sunday on charges of receiving stolen property and carrying an unlicensed firearm stemming from his arrest Saturday evening at the Cinemark Theater in Center Township.

According to the Beaver County Times, Gossett was going to see "The Purge: Election Year." The film is the third in a series that depicts a dystopian America in which for 12 hours, once a year, all crime is legal.

Police say they stopped Gossett after seeing him walking in the theater carrying a large bag and wearing long-sleeved military fatigues despite temperatures in the 90s.

Police say the gun found in the bag had been stolen from Columbiana, Ohio.

Gossett has a felony record in Georgia and can't possess the handgun, which police didn't describe.

He doesn't have an attorney listed in court records.