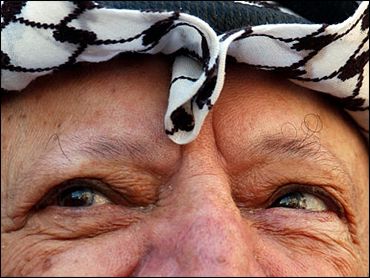 
Washington's policy makers and Middle East analysts have been focused all week on one question: What would the consequences be if Israel decides to expel Yasser Arafat from the West Bank and Gaza?

Maintaining he was not a reliable peace partner, for more than a year the Bush administration has refused to deal with Arafat. It has had no phone calls, meetings and, certainly, no negotiations with the man who is the democratically elected president of the Palestinian Authority. Washington's policy has delighted the Israelis and Prime Minister Ariel Sharon, whose government has similarly ignored Arafat.

In Arafat's place, negotiations on the most recent attempt at peacemaking between the Israelis and Palestinians — the so-called "road map" — have been held with Mahmoud Abbas, who was installed as prime minister by the Palestinian Legislative Council at Washington's urging.

There was only one small problem: Arafat would not move quietly to the political sidelines, refusing to become some sort of elder statesman; in short, Arafat refused to give up the power he has held for decades.

Abbas' leadership proved temporary and he was left with no real option other than resigning his post after losing the power struggle with the man he had served for decades.

Unable and/or unwilling to exert control over Palestinian militants from Hamas, Islamic Jihad and Arafat's own Fatah-allied Martyrs Brigade, Abbas yielded his post, replaced by another longtime Arafat aide, Ahmed Qurea, also known as Abu Al'a. Washington should expect no challenge to Arafat's authority from the new prime minister.

Recognizing the power Arafat continues to wield, the Israeli cabinet, confronted with continuing terror attacks against its civilians, has voted to "…remove this obstacle in a manner, and at a time, of its choosing." That means expelling Arafat from his forced confinement in Ramallah and physically removing him to some place outside the West Bank and Gaza, or, possibly, killing him.

Everyone, it seems, has a position on this potentially explosive move. The Bush administration, no friend of Arafat's, has said it is against any move to expel him, fearing it will make a bad situation worse.

Shimon Peres, leader of Israel's opposition Labor party told an audience at the Brookings Institution in Washington this week that he was "totally against expulsion," that "it would be a great mistake."

The almost 80-year-old Nobel peace prize recipient and former prime minister said he has learned that "you have to live with some problems without solving them."

Martin Indyk, director of the Saban Center at Brookings, and a former U.S. ambassador to Israel, said Arafat should be expelled only if the Sharon government is prepared to put forward a "serious political plan" including evacuation of settlements, which might Palestinians a reason not to protest Arafat's ouster. Indyk said he was against just kicking Arafat out without some political benefits being apparent to the Palestinian people.

Dennis Ross, the former chief Middle East negotiator for the Clinton administration, writing in the Wall Street Journal, rightly noted: "Expelling Arafat is a historic step. Like it or not he is a Palestinian icon. He put the Palestinian movement on the map."

Ross argues expulsion should only be done "as part of an initiative to transform the conflict." For Palestinians, Arafat's expulsion will be deeply felt. "His humiliation will be treated as their humiliation," says Ross.

Writing in the Chronicle of Higher Education earlier this month, Barry Rubin, co-author of a new biography of Arafat, wrote: "Arafat's main strategy for achieving victory…has been terror." And, studying a man who, Rubin says, has not learned from history, "he continues to portray terror as a brilliant strategy that will force Israel to surrender to his demands."

While this policy of using terror against his enemy has brought the Israeli government to consider the most extreme forms of reaction, Arafat's ability to act on the world's political stage remains astute and, of no small significance, far superior to the current crop of fellow political actors, including those in Washington.

Confined to his bombed-out headquarters in Ramallah, Arafat has played his cards brilliantly, foiling the Bush administration's efforts to broker a cease-fire worthy of the name, not to mention its ability to make any real progress towards peace.

Sharon campaigned on a platform of bringing security to Israelis, something he plainly has been unable to do. Now that the Israeli cabinet has made its latest threat, it remains to be seen whether Sharon is ready to carry through with action by either expelling Arafat or by killing him. If and when Sharon does act, the one thing everyone agrees on is, at the very least, there will be another period of intensified violence engulfing Israelis and Palestinians.

Rubin writes: "Failing to make the all-important transition from revolutionary to politician, Arafat has been left wandering in the wilderness. His life shows us that, for him, the struggle has become an end in itself, whose sheer joy motivates him even when he is surrounded by enemy forces and has clearly suffered defeat."

While President Bush says he remains committed to the pursuit of peace between Israelis and Palestinians, he and his advisers will have to devise a new strategy that deals more realistically with Arafat, the man who retains power as leader of the Palestinian people and has shown he continues to be more than capable of exercising it.
By Charles Wolfson