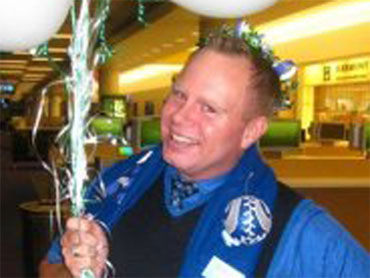 CBS News Legal Analyst Jack Ford said the charges brought against him for his behavior are criminal mischief, reckless endangerment and trespassing aren't minor -- at least for now.

Ford explained, "The question's going to be, how is it going to work out down the road? Sometimes, the toughest decision for a prosecutor is not. 'What am I going to charge somebody with,' it's 'Should I charge them in the first place,' and then, 'Where does this case go?' So I think you'll see a lot of conversation, a lot of negotiations ... but right now, these are not insignificant charges."

Prosecutors say Slater flipped out over a fight with an agitated traveler Monday, cursing over the intercom before grabbing some beer from the plane's galley and deploying the emergency slide at New York's Kennedy Airport.

Slater was released from jail Tuesday night after his $2,500 bail was posted.

Smith pointed out Slater said in a statement that he basically did do all the things leveled at him, but then, when the bail was posted, that he's not guilty.

Smith said, "At one point, you have almost what is tantamount to a confession and on the other hand, you have, 'Not guilty.' How do you parse through all this?"

Ford replied, "He's saying, 'I did these certain acts, but I'm not a criminal.' And you'd expect him to say that, I think. The question is going to be now, how is the justice system going to view him? Will they view him as somebody that snapped because of the stress? And the problem here, obviously, it's not -- if you did, in fact, curse at somebody else. It's not even grabbing the beer and leaving the plane. It's the way he left the plane. If he goes out the jetway, he's fine. He's probably going to get fired, but there's no criminal charges. When you pop that emergency chute, this is what the genesis of all these criminal charges are; they're saying you created a real risk for anybody who is down on the ground, other people on the plane. That's where you get the criminal mischief. That's where you get the reckless endangerment."

Ford said, "If I was going to guess how this works out, if I'm his lawyer, I sit down with the prosecutor and say, 'Look, I have a guy that's not a bad guy. He did a bad and stupid thing, but nobody got hurt. How do we work this out?' Most states have what they call pretrial intervention programs, diversion programs, where the prosecutor can say, a judge will say, 'Look, we'll put you on probation, put a hold on these charges. Don't get in trouble again. If you don't, this thing will go away. You might have to pay for some costs and things, but you're not going to have a criminal record. You're not going to go to jail."'